A Sweetener That Keeps Hair from Going Gray

Can it be true?? Read on to find out! 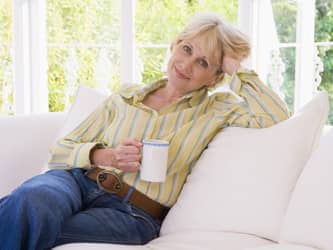 A sweetener that keeps your hair from turning gray? That’s just one of the interesting claims I encountered when researching blackstrap molasses — another in our series of sugar alternatives.Another thing I didn’t know — molasses is the “waste product” of refining sugar cane. You’ve heard a million times that sugar provides lots of empty calories with no nutritional benefit at all. Yet, sugar cane is a nutritious food. The sugar cane plant has deep roots that go far underneath the depleted top soil and get nutrients from below. It’s the processing into white sugar that gets rid of the nutrients. What happens to them?

They are left in the “waste” byproduct — molasses. Ironically, this healthy source of vitamins and minerals is mostly used in animal feed.

It wasn’t always so. Until after World War I, molasses was the sweetener of choice. Then a more efficient way of refining sugarcane was invented and white sugar took over. The amount of white sugar in the American diet has been increasing ever since.

That’s a pity, since molasses is rich in many of the vitamins and minerals we most need. For example, it has more calcium than dairy products, and it is paired with naturally occurring magnesium, which helps your body assimilate the calcium for making healthier bones. Magnesium is also good for your nervous system and heart health. One Web site explained in detail how a deficiency in magnesium can lead to migraines.

Molasses has iron in abundance, too — more than in red meat. It also has B vitamins, potassium, manganese and copper.

Wow — no wonder molasses has been used as a tonic for years. There are claims for it helping everything from constipation to heart murmurs. It’s also touted as a help for arthritis pain. Many Web sites recommended using it as a baby food sweetener.

But what will it do for your weight loss? Well, it has about as many calories as sugar. It does have a lower glycemic index though — 55, which just puts it over in the moderate yellow zone. It won’t help you to down a whole jar in a day or two. In fact, since it is a natural laxative, it won’t be pleasant! If you are going to use sweetener, though, you might as well as be getting some nutritional benefit.

There are many different kinds of molasses on the shelves at the grocery and health food stores. It’s important to get unsulphered blackstrap molasses, which is the kind with the most health benefits. Organic is best, because the cane syrup is boiled down three times to get to the blackstrap phase. If the syrup contains pesticides or other toxins, they will be concentrated in the finished product.

The downside of this healthy sugar? The taste. It is distinctive and many people don’t like it.

Try working up to the taste by gradually substituting it for some of the sugar in recipes. Also, using it in herbal teas which have a strong or complementary flavor might help.

If you want the health benefits — or just want to see if it stops your hair from going gray, you can try a tonic. Here is a recipe I found for one:

Put the molasses in a glass or cup and add just enough hot water to cover it. Stir until it dissolves and add milk and ice.

You can also just down a tablespoon of it, if you like the taste and/or are sufficiently tough. At any rate, the health benefits are great enough that I’m going to try it and see how I can work it into recipes.