5 Worst Foods for the Brain

Here we go again, brain fog. What could the culprit be? Check in your refrigerator. 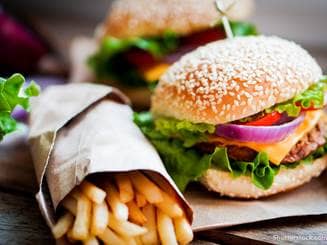 The feeling of not being able to think, or having the power to calculate figures off-hand is becoming increasingly worse. You’re not sick and you do everything you should do to be healthy. During the meeting you reach for the mug of coffee, or soda to retain information.

What can it be that is slowing your brain power down? We can learn from studies how eating certain foods boost the brain’s power along with energy. There are foods that can have the opposing results by inducing memory loss, and ages us as well. UCLA professor of neurosurgery and physiological science has studied the effects food has on the brain-- it can act like a drug.

Fernando Gmez-Pinilla has made it his mission to analyze the consequences of certain addictives like MSG, and sugar have on the mind in a 2008 report. "Food is like a pharmaceutical compound that affects the brain,” said Gmez-Pinilla, who conducted 160 studies.

“Diet, exercise and sleep have the potential to alter our brain health and mental function. This raises the exciting possibility that changes in diet are a viable strategy for enhancing cognitive abilities, protecting the brain from damage and counteracting the effects of aging."

What foods are depleting you?

2. Sugar forms free radicals in the brain, leads to strokes, depression, and diabetes. Before you eat cookies, soda, and take in a sugar fix -- read on. “A research group at the University of Wisconsin found that the brain may react to excess refined sugars found in food as if they were a virus or bacteria. The resulting immune response may cause cognitive deficits such as those associated with Alzheimer's disease,” Psychology Today reported.

3. Over eating fried foods can damage the brain as it increases saturated fats. These foods are sometimes fried in temperatures that make it toxic. This means donuts, friend chicken, you know fried Twinkies. “Another reason to avoid fried foods could be their high saturated fat content. A study published last year showed people with diets high in saturated fats were at increased risk for the buildup of brain plaques, a hallmark of Alzheimer's,” the Huffington Post reported. Another fat we also need to be aware of is Trans fats found in packaged foods like pie crust, canned frosting, microwave popcorn, and margarine.

4. Get rid of the daily tuna sandwich as it is high in mercury and can give you brain fog, and cognitive function. Mercury is believed to destroy fetal brains in high doses. “Canned tuna is the second most popular seafood in the U.S. (shrimp is No. 1) and is responsible for about 37 percent of Americans’ dietary mercury exposure,” Newsmax Health reported.

5. Convenience foods like lunchmeats, prepackaged meals, chips and hotdogs are loaded with salt and sugar. Perfect for brain drain and making you overeat. It also takes the body longer to process the food, which drains us through the day. The news is even worse for your other organs. Companies add addictive to keep the product from spoiling, but they can damage and weaken bones and kidneys.

Add foods with wholegrain, omega-3 fatty acids (like wild salmon), add more fruits and vegetables to your diet. “Omega-3 fatty acids are arguably the best miracle food for your brain. They enhance memory, and slow age-related cognitive decline. Lack of omega-3's can cause depression and memory problems, and may worsen symptoms of ADD,” Dr. Susan Biali and author of Live a Life You Love.

Try munching on almonds, or walnuts instead of chips or pretzels. Try drinking organic green teas, or coconut water. Avocados, pomegranates, and beans, like lentils are great food for the brain, wrote Web MD. Buy beets, tomatoes, apples, oranges, and bananas to help the mind, heart, and give you the fiber needed.