A World of Meditation: Contemplative Practices From Many Faiths

Today's meditation landscape is so crowded with different practices, you might need to take a few deep breaths before diving in. Increasingly, meditation is being practiced by people of all religious, spiritual, and secular leanings—as a way to embrace the silence between thoughts and make room for the sacred. Beliefnet invites you to explore a multifaith selection of meditations, nearly all with audio instructions. Whether you are an experienced meditator or a beginner just testing the waters, it should be easy to find a style below that suits you. So just click, relax, and listen. And don't forget to breathe.

Whatever your faith or mindset, meditating while you walk is a pleasant, easy way to expand your powers of concentration since the practice requires no accessories and no quiet room or special circumstance.

You can focus on your breathing and count out your breaths while walking to work. Just break your steps down into slow, mindful movements and breathe. You may repeat a favorite inspirational verse or affirmation. Notice how the ground rises up to meet your feet. Instructs meditation teacher and author Charles MacInerney, "Walk with 'soft vision,' allowing the eyes to relax and focus upon nothing, while aware of everything. Once you have discovered your natural rhythm, lock into it, so that the rhythm of the walking sets the rhythm for the breath like a metronome." Walking meditations are employed in various meditative traditions—Buddhist Vipassanna, for instance—as a way to give the body some relief from constant sitting.

If you're constantly thinking about what you'd rather be doing—getting off work, driving a different car, or eating dessert, your mind is starving for mindfulness. So what? Well, if you're reading an instant message and talking on your cell phone while thinking about things you need to get at the store, you're not doing any of these things fully—and essentially, you're missing out on your own life. The antidote? Mindfulness. Mindfulness is a quality you can cultivate in any situation—whether you're walking down the street or washing the dishes. Although grounded in Buddhism, this practice is accessible to people of any faith. In mindfulness meditation you stop the restlessness of your mind by focusing your undivided attention on whatever you're experiencing in the here and now. The simplest version involves simply focusing on your breath. By enhancing your awareness in this way, you calm your mind, experience life more fully, and bring new clarity of thought to any situation that comes your way.

If you've always believed Christians don't meditate, think again. In the 1970s, saddened by the numbers of young people leaving the church--many of them drawn to Eastern religions and especially meditation—Trappist monk Thomas Keating realized that few people outside of monasteries even knew that contemplative Christian practices existed. Hoping to inspire people to return to their roots, Keating worked with other monks to develop a simple, easy-to-learn "centering" prayer for lay people. Drawn from the church's own centuries-old contemplative traditions, the current practice of centering prayer offers practitioners a way to quiet the mind and rest in an intimate communion with God. Keating describes it as "two friends sitting in silence, just being in each other's presence." He also calls this practice a long journey, one in which your relationship with God deepens as you reach different levels of union. Just think of a sacred word to meditate on, and you're on your way. 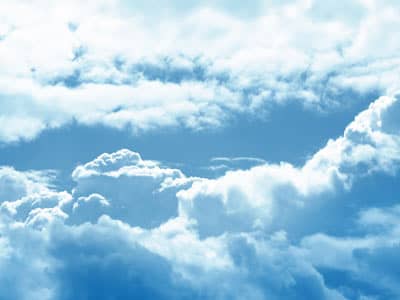 21 Ways to Revive Your Relationship With Christ