Do What’s Easy or What’s Right? How You’re Going Wrong

These little things build up quickly to become big problems.

Everyone has been counseled in the past to ensure that they always do what is right rather than defaulting to doing whatever is easy. If you asked just about any person on the street whether or not they lived up to that idea, you would find that the vast majority of them claimed that they did. They would likely say it in a surprised, offended or somewhat defensive voice. Of course, they do what is right! How could you even consider that they would simply go along with whatever is easier to do? They are not a coward! They are moral and ethical and not cowed by peer pressure! They are not so selfish as to care only about doing what is most convenient for themselves! How could you ask such a thing!

This instinctive, kneejerk reaction is understandable. No one wants to think about the fact that they may not actually be as good a person as they like to think. They do not want to consider that they are not the moral person they want to believe that they are inside. On some level, however, they are likely aware that they are not nearly as upstanding as they try to project or convince others. Otherwise, they would not be so defensive. They would also likely be more willing to take a few minutes to consider the question and examine their memories of past actions. If you truly believe you are doing good things, you have nothing to fear from considering your actions or looking at them with a more critical eye. It is when you know that there is a thin veneer of showmanship and false piety covering shameful decisions that you refuse to take a closer look at your own decisions.

Fortunately for most people, the average person is unlikely to need to make decisions about doing what is right or what is easy when the stakes are high. If they do encounter such a situation, they are likely to only need to deal with it once or twice in their life. Morals, however, do not apply only in high stakes situations. They are obviously deeply important when someone’s life, livelihood, professional reputation or property are at stake, but your essential morality does not stop mattering simply because the stakes are minor. Choosing to do something immoral in order to evade consequences that only add up to minor irritations is no better from an ethics standpoint that choosing to do what is easy in order to keep your job. Frankly, defaulting to the easy method is more understandable in high stakes situations, but more people choose the easy way out in small, day to day issues.

You likely think that you are among the few who always make the moral and ethical choice. You always do what is right instead of doing what is easy. If you really think that is true, consider this, when was the last time you lied? Before you answer, think about the last time you were late to work or to have dinner with a friend. Did you tell your boss that the reason you were late to work was that you were up too late binge-watching Netflix, or did you claim that the traffic on your commute was terrible? When you left your friend hanging at the restaurant for 30 minutes, did you admit it was because you started getting ready far too late in the afternoon, or did you say that you got turned around on the way to the restaurant or had trouble finding somewhere to park? In either situation, the right thing to do is to admit that you made a mistake and then make up for it later. This, however, requires you to deal with an upset friend or an unhappy boss. It is far easier to simply make a believable excuse and move on. If you are like most people, you chose the easy way out the last time you faced that situation.

Most people do not think about excuses as being a form of lying. In the same way, they do not think of themselves as thieves even though they probably do quite a bit of stealing. If you have office supplies in your house that you helped yourself to at work, you have stolen those supplies from your employer. If you fudged your time card and claimed you worked for six hours instead of five and a half, you are stealing money from your employer. The most common form of stealing today, though, is probably stored on your phone. If you are like most people and have a thousand songs on your phone, you probably did not pay $1,000 for your music library. You probably pirated a few off the internet. In short, you stole them. It was easier and more convenient to steal that music than to pay for it every time. You could have done the right thing, but instead you took the easy way out.

There are a million choices people face every day that give them the chance to do the right thing instead of the easy thing. They could speak up when a friend or coworker is insulting someone who is not there. They could take the poor grade instead of cheating on the test. They probably refuse to do this. Instead, they do exactly what they swore they would never do and take the easy way out instead of doing the right thing. The results of taking the easy way out in little things may be small, but beware of what you are teaching yourself and those around you. Every time you do the easy thing instead of the right thing, you make it a little harder for yourself to choose to do the right thing next time. You also set an example for the world that says it is better to be immoral than to face a bit of inconvenience.
Stephanie Hertzenberg is a writer and editor at Beliefnet. She is a graduate of the College of William and Mary where she majored in Religious Studies and minored in Creative Writing. She maintains an avid interest in health, history and science.
next feature 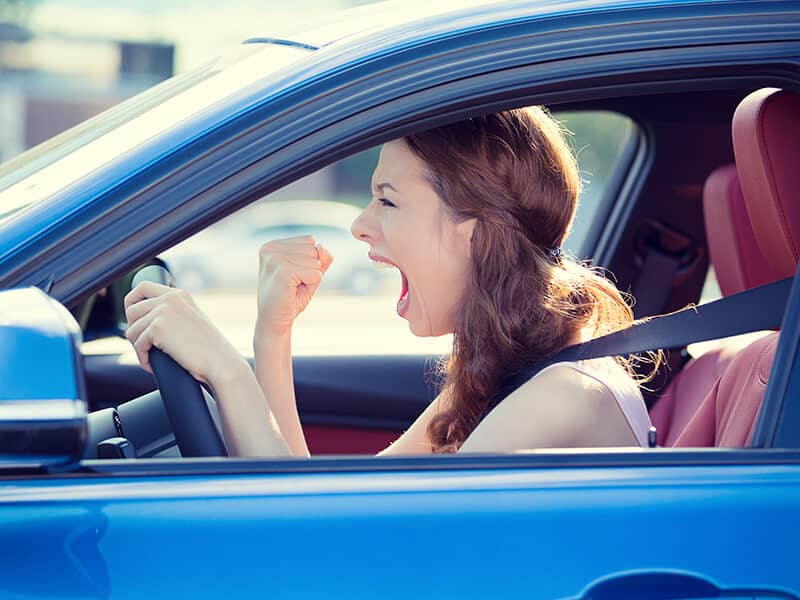 4 Ways You Are Being a Hypocrite