Why Are So Many People Unhappy?

The ego is the chief culprit in human unhappiness. Learn how to overcome this natural force and take hold of your own happiness. 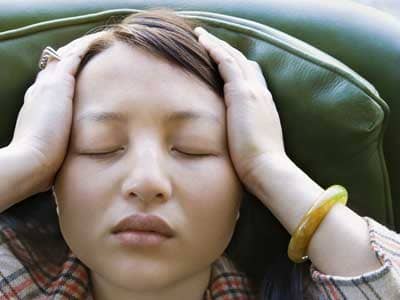 Why Are So Many People Unhappy?

Robert Louis Stephenson once wrote: “I have a little shadow who goes in and out with me; and what can be the use of him is more than I can see. He is very, very like me from the heels up to the head; and I see him jump before me, when I jump into my bed.”

Clever poem, but what is he talking about?

The ego, of course. It is the chief culprit in human unhappiness. Yet, most people live and die with this inner monster running their lives. They neither know this nor how to overcome it. If they did, they would take the necessary steps to bring an end to it.

It is your “social self,” as Martha Beck has labeled it. It is what the philosopher Immanuel Kant described as your “precious little self.” It is the illusory image of you, the karmic collection of all your life experiences. It is not really you, of course, any more than the you, you see in a mirror is really you either. It is the image of you instead, the self you project to the world. It is, therefore, what someone described as “your make-believe self,” or your “social mask.”

Ego is distinguished by the fact that it is self-centered, self-obsessed, and self-absorbed. It has one aim, as Wayne Dyer describes it, and that is to “Edge God Out.” It is, therefore, the human condition, the one reality all humans share in common. The Biblical equivalent to the ego is described throughout the Old and New Testaments as “sin.” It is that part of you that you may think of as you but it really isn’t you at all. It is instead the “shadow you,” as Stephenson described it, or the “dog,” within you, as the German philosopher Nietzsche is purported to have once called it.

Since the ego is this little monster inside everyone and is the cause, not only for personal unhappiness, but virtually all the relationship problems and social evils of our time, is there anything we can do—that I can do—to overcome it?

1. Know, first, that the talk that goes on inside your head is mostly the voice of your ego. Since I have written extensively about this in the book, The Enoch Factor: The Sacred Art of Knowing God, there is no need to go into great detail here.

I will say this much, however. Teach yourself to observe the voice in your head. Learn to watch what’s being said. And, most importantly, do not believe much of any of it. Instead, question it, at the least. This part of you who does the watching is beyond the ego self and, so it is much closer to who you really are anyway.

2. Second, do not fight the ego. You’ll lose almost every time. After thousands of years of human history, the ego has become quite clever. It is best just to recognize it within yourself, the conversations the self has with its-self and the many times it feels offended by something someone else has said or done. Just notice when the ego in you begins judging someone else or some situation in which you find yourself. Know that when you catch yourself complaining, arguing, debating with someone, defending yourself, feeling threatened, this all stems from your ego. It isn’t who you really are. So, do not shame yourself. Just recognize the ego when he, like the serpent in the story of the original pair – Adam and Eve – lifts his ugly head and starts talking to you…complaining to you…expressing its outrage over something about which it feels offended. No need to fight the ego. No need to judge yourself or condemn yourself when you catch the ego behaving in its customarily self-centered fashions. Just recognize it. The recognition alone is enough to diminish the ego’s control over you. Notice, too, that in Stephenson’s poem, he writes, “And I see him jump before me when I jump into my bed.” That’s the kind of observer you must become. As the observer, what Eckhart Tolle calls “the watcher,” you can train yourself to recognize the antics of the “little me” inside of you. If you will make this your spiritual practice, you will in time overcome the ego.

3. Finally, know that the way to greater happiness is the way of ego-death. Ego, the self-centered you, will diminish in you as you become more and more aware of its presence within. Awareness, observation, recognition of the ego is to the ego what the nails were in Jesus’ cross. They will nail your ego to that place where it must diminish and then die once-and-for-all. When Jesus surrendered to death on the cross, the ego in him lost all control over him. So, the more you become aware of the ego’s presence within you, the less control it will have over you…the less unhappiness and drama it will create in your life and relationships. You’ll discover yourself freer of self-judgment (itself the cause of much unhappiness); you’ll discover you are much less judgmental of others and situations (another cause of much inner suffering). When you judge another, for example, you are in a mental state of resistance. And, as a spiritual teacher of mine loves to say, “What you resist, only persists.” That is to say, if you don’t like something someone is doing but sit in continual judgment upon them (most of which, coincidentally, takes place in your heard), you should not be surprised to see their unwanted behavior proliferate and your own inner suffering to escalate. Why not recognize this resistance within yourself, instead? After all, it is none other than the ego, and you can be free of it.

The way to happiness, therefore, is the way of ego death. Which is why Jesus said, “Take up your cross, deny self, and follow me” (Matt. 16:24). Taking up one’s cross is not enduring hardship, while trying to “grin and bear it.” It isn’t feeling sorry for yourself because you have a “cross to bear.” Not at all. The “self” Jesus is telling you to deny is this illusory ego-self in you. As that self takes up a cross and dies to its-self, then you are freer and freer to walk in the joy of life as God intended. In other words, As the ego in you dies, you live. Until it dies, you don’t.