What is Your Addiction Masking?

If you have an addiction, there may be a root problem that needs addressing.

On an average day in this country, 78 people reportedly die from an opioid-related overdose. Another 580 initiate heroin use. These and other alarming numbers from America’s opiate epidemic have forced an often-underestimated source of addiction into the light: the age-old problem of pain.

Studies have found pain is rarely reduced to purely physical sensations. On the contrary, pain in its myriad forms (physical, mental, emotional and psychosocial) is a telltale instigator of addiction. That inference might seem intuitive, even obvious—but pleasure, not pain, has often received the brunt of attention in proposed etiologies of addiction. The theory of “the hijacked brain” has depicted drug-seeking behaviors largely in terms of a compulsive chase after pleasure, for example. In the process, pleasure’s stepsister, pain, can take a backseat in the drive to understand and treat addiction.

One danger of defining addiction largely in terms of “pleasure-oriented behavior” is that we then lose sight of the genuine suffering of those with substance use disorders (SUDs). For most if not all of these individuals, pain (not pleasure) is at the root of their disease, and getting to the bottom of that pain is a crucial step in recovery. Following are some pointers for how to unmask the source(s) of an addiction when pain, in its various guises, is the presumed instigator.

Addiction as “Self-Medicating”: A Case Study of Edgar Allan Poe

The idea that addiction is primarily a coping mechanism for pain—as opposed to a mad dash after pleasure—is one that the nineteenth-century poet, writer and storyteller Edgar Allan Poe intuited with prescient insight. Roughly 200 years before the same idea found confirmation in addiction science and became a widely accepted clinical hypothesis, Poe reportedly wrote the following in a letter in the last year of his life:

“I have absolutely no pleasure in the stimulants in which I sometimes so madly indulge. It has not been in the pursuit of pleasure that I have periled life and reputation and reason. It has been the desperate attempt to escape from torturing memories, from a sense of insupportable loneliness and a dread of some strange impending doom.”

Poe’s self-observations now have the backing of an accumulation of clinical data regarding addiction and its roots. One extension of this research was the “self-medication hypothesis” (SMH), as it is known today, which views substance abuse as a form of self-medicating pain in its various forms. The theory derived much of its validity from observations of heroin and cocaine-addicted patients who seemed predisposed to addiction, because “they suffered from painful affect states and related psychiatric disorders.”

The Harvard Medical School professor of psychiatry who conducted the study, Dr. Edward Khantzian, a leading proponent of SMH, went so far as to infer a non-coincidental link between addicts’ drug(s) of choice and “the dominant painful feelings with which [addicts] struggle,” so that narcotic addicts “preferred opiates because of their powerful muting action on the disorganizing and threatening affects of rage and aggression,” and cocaine users chose cocaine “because of its ability to relieve distress associated with depression, hypomania, and hyperactivity.”

In Poe’s case, it is not hard to see how alcohol and opiates could have served as a means of coping with more than a fair share of pain: the death of both parents in very early childhood, followed by adoption and, in turn, the loss of Poe’s adopted mother (reportedly the only parent to whom he could turn for expressions of love and affection) were a formative bookmark in Poe’s biography. They preceded another devastating loss in the form of the death of Poe’s first wife, followed by a plunge into substance abuse and an attempted suicide by overdose. These periods of heartbreak, “insanity” and “horrible insanity” (in Poe’s words) accompanied still other hardships—among them financial problems, unemployment, bouts of depression, and, most notably, a life-long addiction to alcohol and opiates.

If Poe were alive today, the self-medication hypothesis would be a well-grounded invitation to explore which of these painful experiences were at the root of his substance abuse.

What Pain Are You Self-Medicating?

The best way to unmask the source of an addiction is to ask whether one or more of the following experiences of pain may be triggering a compulsion to self-medicate:

Uncovering the source of a pain, which is often times the source of an addiction, can be a key component in reversing the habit of self-medication, and finding a path to recovery. Sometimes getting in touch with painful memories and admitting to emotional and possible psychological issues can be the most challenging step in the path toward recovery, but with support from family and a trained counselor, you will be able to

break through this important barrier. It may take some time to truly get there, and to develop the support system you need to feel safe on your journey, but having faith in your ability to overcome the pain and improve your life is key to your success.

Kristina Robb-Dover is a writer for Beach House Center for Recovery. Her latest book is titled The Recovery-Minded Church: Loving and Ministering to People with Addiction. 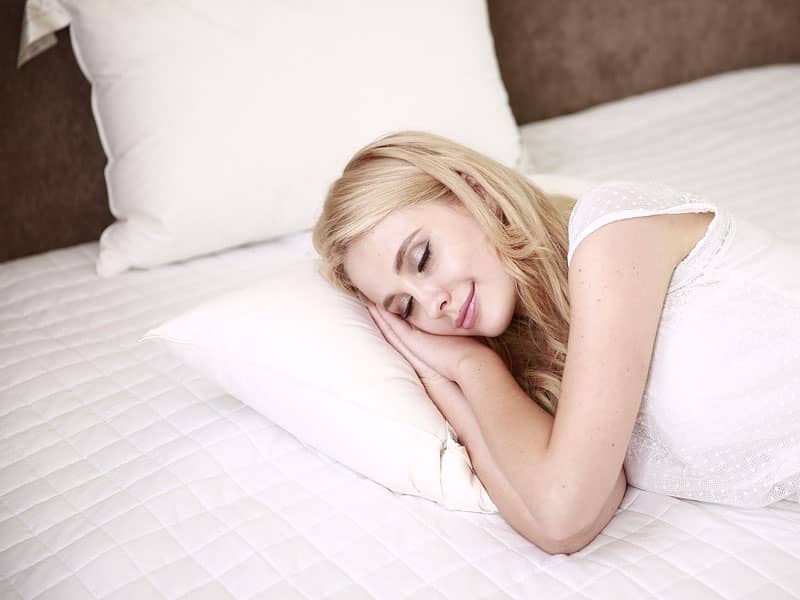 Can You Get Too Much Sleep?

more from beliefnet and our partners
Add some inspiration to your inbox.
Sign up for Beliefnet's Your Health and Happiness newsletter.
From time to time you will also receive Special Offers from our partners
Kristina Robb-Dover