Is Organic Food a Scam?

Groups like The Alliance for Food and Farming stands by its position that both organic and conventional fruits and vegetables are healthy and that the best thing people could do for their health is to eat more of either or both. 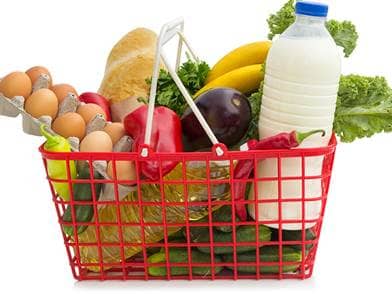 Recent research suggests that eating organic fruit, vegetables and cereals provide consumers with 20 to 40 percent more antioxidants - which is equivalent to eating between one to two extra servings of fruit and vegetables a day.

People who are eating their recommended six to eight servings of fruits and vegetables and are getting adequate antioxidants therefore, another 20 percent isn’t going to make a big difference for them. On the other hand, people who are only getting two servings of fruits and vegetables and are probably getting less than half of their optimum daily antioxidant intake - a 20 to 40 percent increase for those individuals will translate into health benefits down the road.

Many people choose to eat organically because they fear the side-effects that pesticides may have on foods. However, the U.S. Department of Agriculture’s Pesticide Data Program (PDP) tests conventional fruits and vegetables each year and finds that “U.S. food does not pose a safety concern based upon pesticide residues.”

Groups like The Alliance for Food and Farming stands by its position that both organic and conventional fruits and vegetables are healthy and that the best thing people could do for their health is to eat more of either or both.

“Everyone seems to agree on this, and we don’t understand how arguing which farming method is better is of any benefit to consumers,” said Marilyn Dolan, executive director of the Alliance. “Certainly, raising unnecessary concern among consumers about the safety of either system is not beneficial. Pitting one system against the other does not drive increased consumption of fruits and vegetables, which is what we need to be doing.”

Researchers at Stanford, determined there were no long-term health effects associated with consuming conventional foods instead of organic products. According to "Pediatrics," there are also no notable health benefits or disease prevention factors from consuming an organic diet.

While organic food may not boast health benefits over non-organic foods - that doesn't mean organic food is necessarily a scam. There are plenty of reasons to buy organic that have nothing to do with health impacts. Stanford researchers note many people prefer the taste of organic foods as well as the farming practices that produce them. Organic farming can be more expensive than conventional farming, but it reduces fossil fuel consumption and exposes the environment to fewer pesticides and herbicides.

Based on the contradicting research, organic food is a personal choice where you will only value benefits if you experience them yourself.