I Want To Live

"Today, as the wheels took me further, I realized I wasn’t cycling for those I and others have lost, but for those who are here." 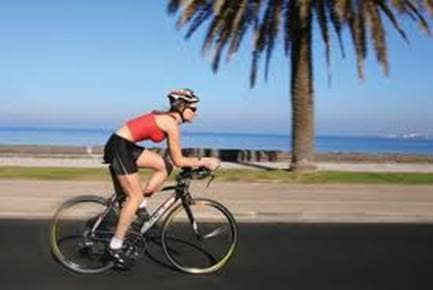 Today I cycled 12 miles hoping to save your life.

I am overweight, unfit, and at an age I care not to share, but I cycled for Kathleen, my sister-in-law who took her life just as the spring she longed for came, and the bunnies she adored burrowed in her garden.  I thought I was cycling for my nephew, her son, who a few weeks ago announced he was going to run in late September in a fundraising event for the Samaritans who counsel those who despair.

I said I would join him, we formed Team Kathleen, and her sister signed up too.

Weeks after we signed up another friend, Heidi, wealthy, confident, and apparently happy bought a rope and two days later hanged herself. It seemed inexplicable until I thought some more about it.  Heidi was a strong woman, she coped, and for such people when they confess weakness to others we don’t really take them seriously. We think they have coped with so much more; they’ll manage this time too – until they don’t.

Today, as the wheels took me further, I realized I wasn’t cycling for those I and others have lost, but for those who are here, who are asking for help in a world where too many of us have our faces down to smartphones busily texting, too busy to hear those right next to us.

As I rounded a bend and looked over water sparkling in the sun, I wondered what it will be like to see thousands of people walking and running with the memory of someone they loved. Their hearts broken by someone who was filled with such despair they slit their wrists, overdosed on pills, jumped, or shot themself.

As sweat poured, and as dog walkers stepped to one side, I realized that we who will take part in the Samaritans race are using our bodies to ask you; you who wants to give up, to give life another chance.

Is a road race a strange way to do it? Perhaps not. Buddhists claim that energy dedicated to others causes a ripple that can bring healing.

The year before he died Robert Kennedy, a Catholic, said: “Each time a man stands up for an ideal, or acts to improve the lot of others… he sends forth a tiny ripple of hope, and those ripples build a current which can sweep down the mightiest walls.”

And so I wondered as I looked at the sad face of the woman with a St. Bernard, the dark guy with dark glasses, the line at the Burger King window, is it you I am cycling for?

Experts on suicide tell us that those who kill themselves are usually not the ones who write on Facebook or anorexia chat rooms that they want to die.  Those who survive such attempts will tell you that they told others, often not directly, but they let their sadness be known, their frustration expressed, their despair apparent.  Those they told chose not to hear. Those with intent collect the pills, test the knives, buy the rope, scout out high places, drink the wine, and then do it.

We are too slow to embrace those who are sad, to make the time to listen, to allow pain and anger to emerge. We want to make it right quickly, we want to stop the grieving, remove the depression, and so we label, we institutionalize, and we give pills, when sometimes all that is needed is a reliable friend. Someone who will listen even when we sound crazy to ourselves.

Cycling around Fresh Pond, my gears hissing and clicking, dogs splashing into a lilypond after sticks, and the soft pad of joggers on damp soil, I watched those on cellphones in this place of beauty and contemplated that we’ve become so impressed with our own self-importance, that we’ve neglected the importance of self.

At my sister-in-law’s four-hour wake some three hundred people came; this humble woman had created circles of love that rippled out far. Two divisions of family, who had long been divided, healed their differences. So Kathleen hasn’t left, she is creating goodness still.

At the end of September in Boston thousands will walk and run for the Samaritans to create a tide of hope that implores: please stay, please ask for help, more care about you than you can now imagine.

Charlene Smith is an award-winning journalist who lives and works in Cambridge, Massachusetts. If you want to take part in the Samaritan’s Walk/Run, or you wish to sponsor a team go to samaritanshope.org