How to Reprogram Your Mind

When you find yourself stuck in a rut and things are not flowing smoothly, it may be time to do some reprogramming. 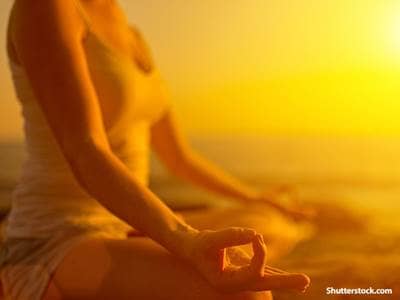 When you find yourself stuck in a rut and things are not flowing smoothly, it may be time to do some mental reprogramming. Ask yourself if you are holding onto limiting beliefs that are keeping you from attaining your goals and living the life you desire. If you have some limiting beliefs that need to be released, it could be helpful to follow this simple protocol to reprogram your mind.

95%of what goes on in the mind is subconscious. Only 5% of our thoughts are actually conscious thoughts. Beliefs can originate as conscious or subconscious thoughts created in the mind. A belief begins as a thought created as a result of analyzing an experience and drawing a conclusion from that analysis. Beliefs can also originate as seed thoughts taught to us by society, a parent, a friend, or a teacher. We take in these seed thoughts and believe them to be true often with very little analysis because we trust the source that the seed thought came from. These thoughts may or may not be true in reality, or they may be true on one level, from one perspective, but not from another.

The subconscious mind does not know the difference between what is real and what is imagined. Since the subconscious mind works through images and does not know if so something is actually happening or is just a memory, the body reacts to the mental or visual image ‘as if’ is actually happening in that moment. This is why when we are watching a movie or reminded of a traumatic event, we experience same physical feelings and sensations in our bodies, through muscle memory, as if we were actually having the experience in that moment. For example, think of a time you jumped, screamed or gasped when watching a scary movie. You knew the movie was not real but your subconscious mind did not because your subconscious mind cannot distinguish reality from fantasy. This activated your body’s muscle memory creating a physical reaction to the stimuli.

Some beliefs are so deeply seated in the subconscious mind that, even against all logical evidence that the belief is false, it is hard to release the belief from our programming. Deeply held fears are an example of a belief that is so deeply held that we may be able to consciously recognize the belief as untrue and illogical but we are still unable to release the belief from our subconscious mind and eliminate the fear. When we experience contrast between a current thought and a belief, this creates what is called cognitive dissonance. When we think of something contrary to our belief the cognitive dissonance can produce both uncomfortable feelings emotionally and physically. If we believe something contrary to what we desire, our subconscious mind will actively work against our desire because our subconscious mind is focused on keeping our belief system intact.

Over time conscious habitual thoughts and beliefs become part of the subconscious auto program constantly playing in the background of our minds like hypnotic mind control. If we remain on auto pilot and do not stop periodically to reexamine if our beliefs are still valid, nothing will change in our lives. We will be stuck, unable to more forward. In order to move forward we must consciously take steps to release limiting thoughts and beliefs so we can create the life changes we desire.

What can we do when we identify a belief that is limiting to us? Reprogram your subconscious with a new belief that is a more accurate reflection of your current understanding and release the old belief. Certainly in some cases the complexities of a belief rooted in a trauma that created the belief require time and intense work with a professional for treatment of the overall challenge, as there can be many facets. However there are many beliefs we have picked up through life that we can work to release independently by following this simple process.

How to Reprogram your Subconscious Mind:

Step Two: Change your perception. You have now recognized the belief as something you want to release, as something that is limiting you in your life. This can feel scary and intimidating because your subconscious mind is fighting against your logical mind. Keep working through the process. Identify for your subconscious mind how the current belief is holding you back. Identify how the current belief is causing you pain, stress and anxiety. The subconscious mind will not allow you to simply disprove the limiting belief. That would be a never ending battle as the subconscious mind has amassed too much evidence that the limiting belief is true and will fight diligently to keep your belief system intact. Resistance is futile. Instead work with the natural processing of the subconscious mind and identify a new or contrasting perception you wish to replace that limiting belief with. For example, release ‘I am not safe’ and replace it with ‘I am safe’. Even if you do not believe it is possible at the moment change your perspective or to integrate the new belief, continue by simply identifying what the new belief could be. You don’t have to believe it at this point, just identify it.

Step Three: Vividly visualize, with great detail, what your new belief looks and feels like. Visualize how you would feel and look if you had released the current belief and replaced it with the new belief you identified in step two. For example, ask yourself: How would I look and feel differently from today if I believed I was always safe? What actions would I take? What choices would be different? Would I feel more confident? Would I feel more powerful? Would I take more risks? What would be different about me if I believed I was safe? Remember the subconscious cannot tell the difference between reality and your imagination. Because of this, performing this visualization of embodying the belief repeatedly builds evidence for the subconscious mind that this new thought is in fact true! You may even want to try some real experiences that support that the new belief is true. Take a risk. Help the subconscious release the old belief and find evidence for the new belief.

Step Four: Invest time. Make your new belief a habit. You are reprogramming your subconscious mind’s habitual thinking to provide you with new background music, new auto programming. Commit to visualizing yourself embodying this new belief daily. In as little as 21 days this process can release the limiting belief and reprogram your subconscious mind with the new belief. That is the amount of time that it takes to create a new habit. Let go of the old belief and replace it with your new belief.

Commit to this process and work it through. As odd as it may seem, it works. Identify the limiting belief. Choose a new belief. Visualize the new belief in action. Invest the time to reprogram your mind. Simple yet powerful! Try this process, stick with it and be amazed at the changes in your life at the end of 21 days.