Gender therapists Carol Clark, president of the International Transgender Certification Association, weigh in on the topic stating, “Anyone who is transitioning faces difficult issues, but it’s much more difficult for people to make such a change later in life because they have lived their whole lives as someone else, and everyone knows them as that person.” 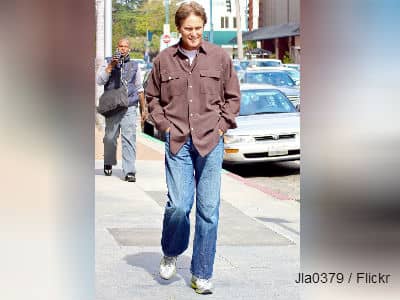 Olympian Bruce Jenner has rattled the newswires, of late, with the rumored gender transition that he is currently undergoing. An interview with Diane Sawyer is scheduled to air April 24th at 9 p.m. ET on ABC. It’s anticipated that Jenner will finally shed light on his gender transformation and discuss the steps he will be taking in the future.

Since Jenner appears in the spotlight often, especially in the latest episodes of Keeping Up With the Kardashian, his appearance has significantly changed. His hair has grown past his shoulders and is often worn in a ponytail, his nails have been photographed painted shades of red and pink, his breasts appear to be growing and his Adam’s apple has been reported to have been shaved.

Gender therapists Carol Clark, president of the International Transgender Certification Association, weigh in on the topic stating, “Anyone who is transitioning faces difficult issues, but it’s much more difficult for people to make such a change later in life because they have lived their whole lives as someone else, and everyone knows them as that person.” Jenner, himself, has not publically stated whether or not he is indeed undergoing a sex change and reports have advised Jenner still refers to himself as a “he”.

During an interview with newsmax.com Dr. Clark went into an in-depth discussion on the problems and concerns of an individual undergoing a gender transformation so late in life. Dr. Clark advised that an older person taking hormones can experience what is to be considered a second puberty. Therefore the hormones will not be able to physically change, compared to the transformation a younger individual would experience because the hormones are unable to reverse bone growth. In cases like Jenner’s, many older individuals undergoing gender transformations opt to undergo extensive facial plastic surgery.

Another issue that Jenner will and is currently facing is the negative effects of being a celebrity. In the teaser, released for his highly anticipated interview with Sawyer, Jenner states that his only concern is his children. Jenner is the biological father to six and a stepfather to four. None of Jenner’s family has publically commented on the transformation however, the family does appear to be supportive. Kim Kardashian has mentioned in interviews that her stepfather is the “happiest” she has ever seen him. Also, when the initial paparazzi speculations surfaced the Kardashian women went to social media to post a picture of them standing by Jenner thus reflecting unconditional love and support.

To obtain a prescription for sex change hormones, a patient must provide a concrete diagnosis of gender dysphoria – gender identity disorder and a letter of recommendation from a licensed therapist. Most therapists and physicians require an individual to live as their self-indentified gender for a period of time before sexual reassignment is even considered. “People sometimes make this decision at a time when they feel they’ve spent enough of their lives focused on others and they want to finally focus on themselves. That’s why you may see some of the later-life choices as may be the case with Bruce Jenner,” said Dr. Clark.