Attention World, We Don’t Need to Put Everything on Social Media

Excessive usage of technology is associated with behaviors such as reduced creativity, depression and disconnection from reality. 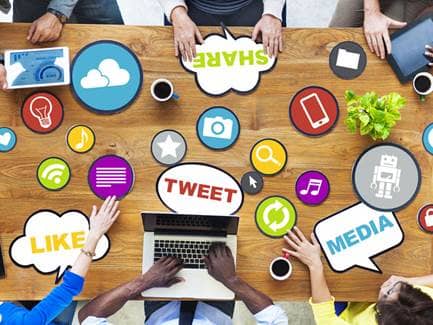 Social media has helped friends and family all over the world by keeping them connected and providing them with an outlet to share events about each other’s lives. However, how much information is too much? When should you not share your personal business on social media?

More than one billion people are active on Facebook and more than 100 million people use Instagram every month. First, there are the innate posts that include what an individual consumed for breakfast, lunch and/or dinner. Then there are other posts that express frustrations – traffic jams, accidental mishaps and other bad day occurrences that spread negativity and dismay across timelines. The question that is derived from these posts is does this user possess social responsibility? And then there are the individuals who are constantly posting, commenting and online.

Dr. Raian Ali, a professor of computing at Bournemouth University in the UK, released a statement saying, “Excessive and obsessive usage and preoccupation about technology are associated with undesirable behaviors such as reduced creativity, depression and disconnection from reality.” His statement proposes many red flags and questions that are centered on the addiction to technology and the various social media forums. Is the technology of social media being abused?

While many social media will defend their usage by stating they are using the platforms as a means of social interaction, however that raises the concerns and questions related to social responsibility. Instead of having lunch with a friend to catch up on each others’ lives, people now log onto their social media outlets and scroll aimlessly as they click a thumbs up or enter a comment as a representation of being social. And because of the endless posts people feel like they know what is going on in their family and friend’s lives, so their concluding thought is why should they schedule actual conversation or have real interaction face-to-face?

The addiction to technology and posting on social media is a real issue within the world. A UCLA study shed light on why Facebook is so popular and how the brain centers on the social media outlet. “The brain has a major system that seems predisposed to get us ready to be social in our spare moments,” said Matthew Liberman, a UCLA professor of psychology and of psychiatry and bio-behavioral sciences. The study found that people deem social media as an outlet when stressed or are in need of down time. And since everyone is logged onto Facebook and posting every event and aspect about their life, the study finds that individuals become emotionally dependent on social media and technology therefore they become addictive and continuously post.

Social media users argue that they are social and interactive because they “tell” their “friends” on social media how they’re feeling and/or experiencing in life. But the written word can be taken out of context or misconstrued for something it isn’t. Multiple posts can seem redundant and reflect a sense of loneliness or need for attention. And in many cases, that is the issue people rely on social media outlets to give them the love and attention they so desperately need.

Instead of depending on social media for gratification, society must learn to interact as people again and rediscover what being social is minus the technology. It’s not about how many likes or comments you get on a post or picture. And it’s not even about how many “friends” or “followers” you have on your list. Social media is a great social supplement for people living away from each other. Instead of anxiously awaiting for pictures, inner circles can see momentous occasions instantaneously and express love. You wouldn’t normally tell your friends and family what you ate on a regular basis or other innate aspects of personal life, so why is social media any different?