How to Ask for Guidance 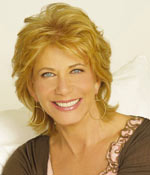 How do you ask for spiritual wisdom? Whom do you ask, and when? And when you finally get it, what should you do with it? Joan Borysenko, Ph.D., a Harvard-trained scientist turned mystic, speaker, and consultant, addresses these questions and more in the new book she wrote with her husband, Gordon Dveirin, "Your Soul’s Compass, What Is Spiritual Guidance?"

The pair interviewed 27 spiritual teachers from myriad faith traditions over three years—from "Quakers to Sufis, Rabbis to Shamans, High Priests and Priestesses" about how to request and apply divine and earthly guidance. In this exclusive talk, Borysenko discusses their major discoveries, how we can use them to change our lives—and how they profoundly altered hers.

How did talking to all of these "sages" change you?
It was just extraordinarily inspiring. We both learned a great deal about following spiritual guidance. It's caused me to change my way of listening, my way of working, my way of being in the world.

The big question when it comes to spiritual guidance is, "Is this spirit speaking, or is it me?" My tendency in the past was every time I felt inspired by something or when I came across lots of synchronicities, I would think, "Oh, that must be guidance," and I would quite impulsively follow it. I'm not impulsive anymore. [I have] the understanding that it's an invitation to further inquiry rather than a sign that it's a done deal. This is huge. Not being impulsive means developing a spiritual maturity that I didn't have, a willingness to wait.

The two things I learned from listening to the sages, is that, number one there's no sense having a conversation about spiritual guidance unless you believe that there's some force that guides you—whether that's wisdom or God. And the second thing that what we heard again and again is that spiritual guidance can only operate when you're willing to say, "It's okay that I haven't the vaguest idea where I'm going or what I'm doing."

Why is that?
Because our own ideas about things are bound to be much smaller—we're only seeing part of the picture. And often, part of the picture we see is our own fears, histories, desires. To open to a larger flow, there has to be a willingness to say "I don't know."

What's your advice on how to ask for wisdom?
The main thing is to ask in a way that is authentic to you. Because this is a very deep inquiry about your own spiritual growth, there is no set way of doing this. It really comes down to what aligns you to the source of your being—the three movements for following spiritual guidance are: alignment with wisdom or God, discernment, and then putting into action what you feel you have received.

That's the excitement of it. You ask the question, "What aligns me with the source?" And if you're serious about following guidance, it makes you much more aware of the subtleties of your own belief system, of what serves you, of what doesn't, and how you can feel yourself come into a sense of presence.
How do you know when you're aligned?
You can feel it. There are times when we've felt at home in ourselves and in something larger. When there's such a sense of peace, gratitude, contentment. A sense of happiness arising from within, without the need for an external object to attach that happiness to.

When we say we're fulfilled, oftentimes in the external world it means, the career is going well, we've realized our dreams, or our children are doing well. But a sense of interior fulfillment is very, very different. That's why we chose a quote from Father Thomas Keating to end the book, because he talked about becoming "no thing." It's in the afterword: Matthew 10:39, "He that findeth his life shall lose it, and he that loses his life for My sake shall find it."

And he's really saying that in our culture, what we think of as our life is so often just narcissistic desires. And that'll bring you to ruin, he says, because you over-identify with your possessions, with your career, with how people see you, with all of those externals and instinctual needs. He says, "If you bring yourself to nothing, then you find out who you are." I love that. He was 83 when we interviewed him and able to see the end of his life. He says with such poignancy, "I'm spending these last few days, weeks, or maybe a year or two of my life wanting to be no thing, nothing. So, I recommend it. It doesn't make life exactly any easier, but it makes more sense than anything I've done so far."

All my life I've really been pretty driven about what I can get done, how I can serve, what my function is as an educator. It's not that I don't do those things anymore. But somehow I'm grasping that a little bit less—I just want to be no thing. I just want to be present. I just want to be in that alignment, where that sense of gratitude and patience and love is an overflow truly from the heart.

And how do you remind yourself of that on a daily basis?
Prayer beads are a big part of that. I have a little wrist mala. A Tibetan mala with skull beads, which freaks people out so I have to keep it to myself. But it does remind me of impermanence. It reminds that what's right in front of me, right as I'm looking at it, is changing. I use different prayers on that mala. One of them are words to a song by a friend of mine, Karen Drucker. I say, "Relax, let go, release, and surrender." And I sing my way around the mala. I also often use the Om Mani Padme Hum, which is a prayer for purification in body, speech, and mind. I probably use the mala six or eight hours a day while I'm doing other things. It's a core practice for me.

What was it like writing this book with your husband?
It spanned the whole gamut of experience, from bliss to absolute agony. It was great because when we hit a snag, my tendency is to get impatient and want to get something done quickly, and [he'd say] there's no way to rush through this. Then, what we're going to get is our own ego in here. We're not going to get the real movement of spirit. So instead of butting heads about it, we could simply move into inquiry and to say, "What is this?" "What am I feeling?" or "What is he feeling?" so that pretty much all the difficult patches became grist for the mill.


How do we deal with in-the-flesh, human teachers versus spirit or spirit teachers?
This is a really interesting question because it's easy to get involved with a wonderful teacher, but then, you know, they're human. They've got their good points, they have their points where they're growing. The tendency, particularly for me in my younger years, was to idealize and think, "This person is permanently enlightened. They have it all together."

And what I recognize is, who knows? Who truly knows what's in another person's heart? I want to know what's good and useful that I can take from this person. They don't have to be a saint to be a useful teacher. It's really important to avoid idealizing people and thinking, "Oh, my goodness, this is it. I've hooked up with the right person and I'll be enlightened momentarily."

I've been walking this path, trying to see what is spirit, enlightenment, since I was 10 years old. I've had 52 years in the doing of this, and what I recognize is you have to have a sense of humor. It's wonderful to be inspired by people, but without necessarily giving your life away.

And I know that's hard for people who are in a guru relationship because there the idea is God and guru and self are one, and surrender to the guru is all. And it's important on any path to feel like you're part of a healthy community that can help you discern what is good, useful, and healthy in a teacher, and what you might want to step back from and inquire about.

And is there anything else that I haven't asked you that would be--that you would want to say?
Gordon and I wrote this book from a sense of growing disquiet that we're in a world that is so religiously fragmented. And that's why we wanted to talk to sages from a variety of different traditions as a way of furthering inter-spirituality in this highly fragmented time.

And so, this for us is the beginning of a conversation. We're hoping to get to that point where the book becomes useful to people, maybe even useful to people in politics, people in government, because we say, "How can George Bush or Osama bin Laden, both think they're spiritually guided?" That was what came up for us when we were writing this. The world is in a precarious position. Is there something about this whole idea of spiritual guidance that might be useful to our world at this critical moment?

That's such an interesting question about leaders who say they're spiritually guided, because who's to say they aren't? And how do they know?
Yes. How do they know and who are their advisors, what is their community of discernment? And that becomes so, so important. And that was one of the things we learned over and over again, that community is important. Reb Zalman Schachter-Shalomi frequently talks about "togethering." What is an authentic community that is open to spirit, and what is a community based on its own dogma and belief system? These are important questions to ask at these times—spiritual guidance isn't about answers. It's about how we ask the questions.