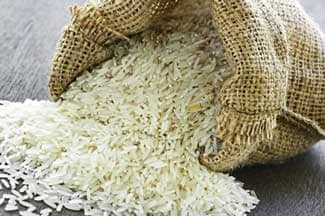 Just the other day, I had an epiphany. I realized how quickly little things add up.

There's a folktale in which a beggar asks the king for “just a bit of rice.”  He asks the king to put a single grain of rice on the first square of a chessboard.  On the second square, the king will double that to two grains of rice.  On the third, he will again double it, adding four grains, and so on across the board.  The folktale ends with the vast amount of rice the king had inadvertently agreed to give away.  A roomful.

Most religions teach about working for social justice. In spite of this, many of the faithful doubt their ability to make change in the world.  There’s just not enough energy for Herculean efforts and too much doubt that any small effort (a grain of rice) would have impact.

Fortunately, there are those who have pulled together grains of rice to create big change. They have had their own epiphany and have seen a path to a better world. What's yours?

Let me give not only of my resources,
but also of my spirit.
May the kernel light of goodwill within me
be made greater with the giving,
radiating outward,
passing from fingertip to fingertip,
each kindness kindling another.
May every hand learn the warmth of fellowship
to receive in need and to give in prosperity-
passing the flame ever forward
until all the world is awash in the brilliant light of giving.