Does the media deserve to be hated?

The mainstream media was something that people trusted and considered reliable.

Ah, times have changed over the decades. To put it in perspective, the media was one of the most trusted institutions in America. During the 1950s, most Americans received their news from the newspapers. That started to change with the modern television newscast in 1951 when journalist Edward Murrow introduced America to the first live show "See it Now." His interview with Wisconsin senator Joseph McCarthy paved the way for today's interviews. McCarthy believed that people in the American government were subversive and spies for the Soviet Union. Today it is better known as "McCarthyism," the practice of making accusations of subversion or treason without proper regard for evidence. The interview started the politician's downfall and more people centered their lives around the nightly.

People watched Dan Rather, David Brinkley and Walter Cronkite and built a trust with the programs. In his poignant book Why Americans Hate the Media and How It Matters, Jonathan M. Ladd explained that during this time most Americans found the news to be honest and trustworthy. The 1956 American National Election Study found that 66 percent of Americans thought newspapers were fair, while only 27 percent said they were unfair. These views were bipartisan, with 78 percent of Republicans and 64 percent of Democrats viewing newspapers as fair, Ladd cited.
Not in 2016--the media landscape changed and confidence in the media tanked to the lowest level in Gallup polling history.

Only 32 percent of American had a great deal or a fair amount of trust 14 percent of Republicans express trust, down from 32 percent last year. Gallup started performing the polls as early as 1972 where Americans were supportive (72 percent) of the media during the Watergate scandal in 1976. "After staying in the low to mid-50s through the late 1990s and into the early years of the new century, Americans' trust in the media has fallen slowly and steadily," Art Swift explained on Gallup.com.

The expansion of the media outgrew the confines of newspapers and morphed into cable news, talk radio, social media and an onslaught of internet news sites. There are more pundits, activists, politicians and increasingly more information floating out there. What are the ramifications gleaned from today's media?
Today the media throws news at people and they see what sticks before sources are confirmed. They list unnamed sources, which probably don't exist as it used to be you were limited just one unnamed source in a story. Now, you can find multiple unnamed sources in a story. There is a lack of accountability and objectivity than in prior generations, they mix news and tabloid news. "Objective journalism are in a much different position than they were a generation ago. They are dramatically less trusted by the public, face harsh and persistent political criticism, and must compete with less conventional news sources," Ladd wrote.

No one wants conventional news, right?  What we have now is differing opinions that tantalizing the tastes of the public increases clicks and audience numbers.  The number of opinions coming from Republican experts and Democrat experts on the news is common. In the end, there are no bi-partisan outlets. People leaning towards the left, gravitate more towards CNN, MSNBC, The New York Times, The Washington Post and The Huffington Post. Republicans are more drawn to the conservative-friendly Fox News or conservative talk radio hosts like Michael Savage or political commentator Laura Ingraham.

The stalwarts of the media are long gone along with their integrity and most people are fed up with mainstream media. Americans can't trust the media or their politicians. How can they with all the opinion-driven reports out there? "Americans may be wary of placing trust on the work of media institutions that have less rigorous reporting criteria than in the past," said Swift. With the growth of social media and blogs, we can alter self-representation by distorting the truth, filtering life events and create an ideal illusion. Today we can subscribe digitally to applications, magazines, blogs and websites. We share stories of interest according to our tastes. Additionally, many websites send notifications via email when there is breaking news from our “preferred news outlet.”

With all this information, the public can't distinguish fact from fiction. If Americans are going to trust the media, there needs to be an end to the polarization. When there is a news source that all people can go to for their news, then there might be a shift. Yet, this is highly unlikely. Reporters are doing the best they can under the deadlines, but they have to also think about the clickable material. Today's market demands that the journalist support sales and encourages revenue by focusing on content consumption, more than creditability. The bottom line is, whoever gets the story out first, is the winner.
Ladd explained there is no silver bullet to fix the media or the polarization in America, rooted in politics.

"I think it's a problem with the political system being more polarized, where the parties themselves got more extreme and more ideological activists took over. It's a symptom of our political system, and I don't have a silver bullet for fixing that," he said.

Media as a whole has failed the public. It is up to Americans to sift through the carnage and pick out the truth. When people don't trust the mainstream media or any media do have a choice. They can influence them by using their wallets and by not visiting their respective websites. They can hold the media's feet to the fire for the truth. Then, things will change.
Corine Gatti-Santillo is a freelance digital journalist, editor, and content producer. She is also the The Christian Post Voices Editor. She is also a former editor at Beliefnet.com. 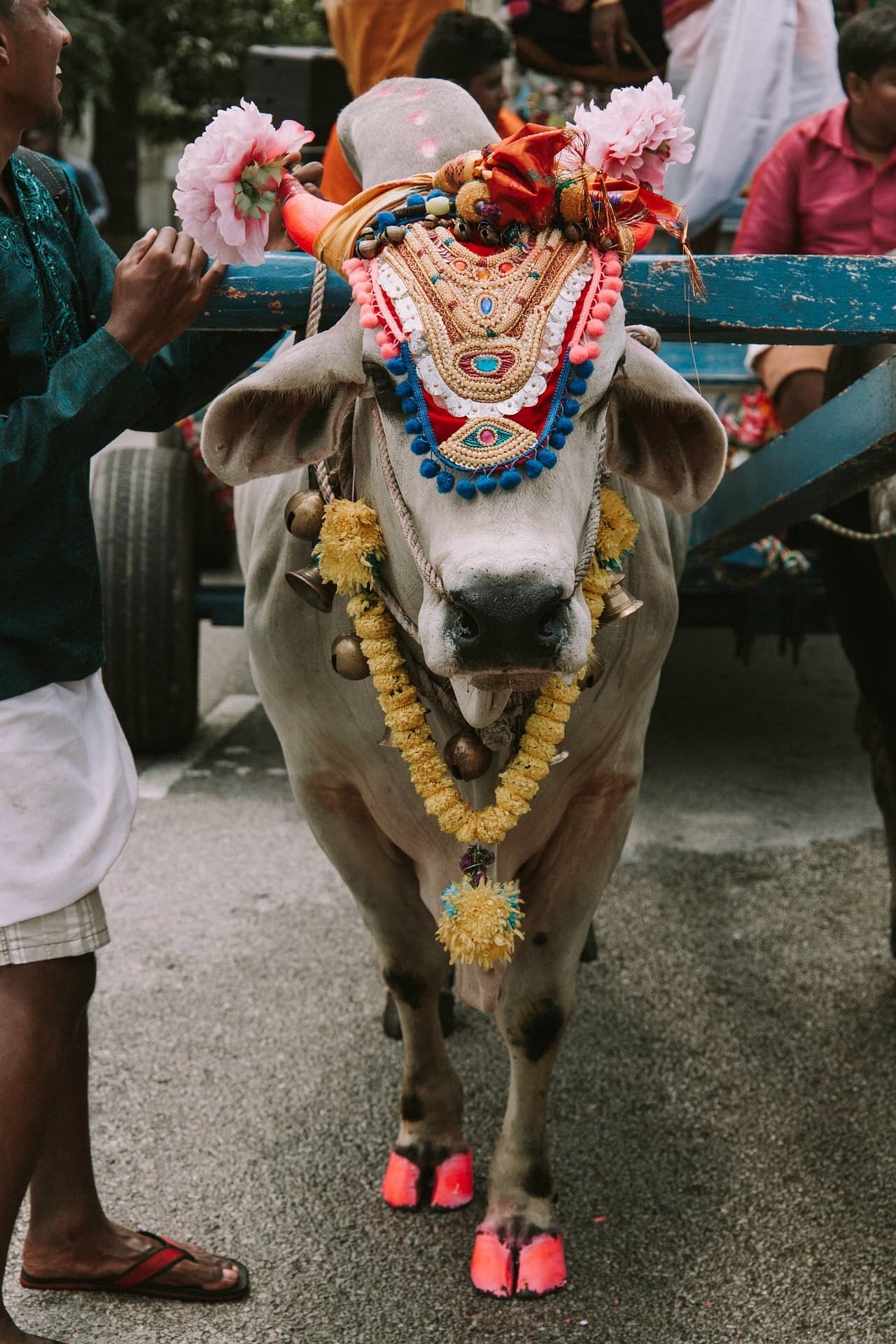 Why Is the Cow Important to Hindus?

more from beliefnet and our partners
Get the Best of Beliefnet Newsletter!
Sign up for Beliefnet's Partner Mail newsletter.
From time to time you will also receive Special Offers from our partners
Corine Gatti