Touchy subject, but most of us judge those believers who punch a vote for the Democrats. 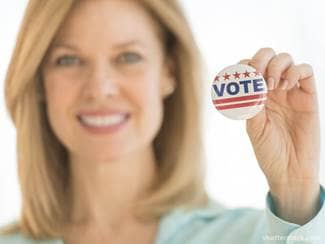 Such a touchy subject, but most of us judge those believers who punch a vote for Democrats. But should Christians who go to the voting booth give a nod to the Democrats?

If they do, are they given a label or considered not a true-blue believer? Perhaps.

The reason we may think this way is that Democrats tend to believe in abortion, same-sex marriage, and seemingly are against believers, or their rights. Another reason is Democrats like big government, and leading many to believe they’re destroying America, and the ability of the Christian faith to survive. Not everyone in the Republican Party are saints, not all those in the Democratic Party are sinners.

We can argue that one next election.

Then we can go back to scripture. Ephesians 5:15-16 warns us to “Be very careful, then, how you live—not as unwise but as wise, making the most of every opportunity, because the days are evil.” We know the days are not good.

However, some voters are more prone to vote for social welfare issues, conservation, and human rights. Most the GOP candidates rarely discuss their beliefs on the subject--leaving believers to cast a vote for the left. In Christian circles, it is believed that God is removing his hand of protection over the nation due to sin.

Proverbs 13:44: “Righteousness exalts a nation, but sin condemns any people.”

We all have a choice. This is why many believers go to the Republicans. For the most part the GOP lines with traditional Christian values, especially when it comes to abortion. Many people who voted in the past for Democrats changed their hearts and moved to the GOP party over abortion.

Mike Huckabee is the former Governor of Arkansas and ran for the GOP ticket. The Southern Baptist minister shared his thoughts.

The American Christian Voting Guide gave Huckabee an “A” for his Christian values as a potential president. No longer in the race, Huckabee was quoted about his pro-life stance.

“I'm pro-life because I believe life begins at conception, and I believe that we should do everything possible to protect that life because it is the centerpiece of what makes us unique as an American people."

Some left issues that have helped the GOP:

We can point out some flaws of the left. They want to remove “In God We Trust.”

This also included prayer in school, removing God from The Pledge. Earlier this year, a lawsuit was filed on the behalf of plaintiffs that claimed that “In God We Trust” needs to be removed from currency. The complaint lodged in January claimed this violates the separation of Church and State.

The Freedom from Religion Foundation said on its site complaints they hear the most are regarding the currency wording. A non-profit organization, FRF, stresses this is a violation. People shouldn’t be forced to believe in something, they should decide for themselves.

“The American way is to let people decide for themselves what to believe.

The Supreme Court has ruled that the government is restricted to secular actions alone, that it must neither advance nor hinder religion. “In God We Trust” is a religious phrase. It does not belong on the legal tender of our secular nation, the first nation to separate church and state with a godless constitution.”

FRF is not the only group of people who want God out. In 2014 a poll came out that found that one-third of Americans want God out of The Pledge. The American Humanist Association found that 34 percent said they wanted “under God” omitted from The Pledge.

People of other faiths, and even believers believed “God” should be removed. More Democrats support this than, Republicans. Democrats are more diverse than Republicans in Congress. Although a 2015 survey lead by Pew Research found that 92 percent of Congress considered themselves Christians.

We are a unique people, and that’s what makes this nation amazing. However, it is up to you to vote your heart and conscious. You have to answer to you, and if you, believe—God.