“Many are shocked when they find out that I am Christian,” President Trump said.

During the 2016 presidential campaign, James C. Dobson, one of America’s leading evangelicals said President Trump had come to accept a relationship with Christ. Dr. Dobson, the founder of Focus on the Family and one of the country’s most prominent social conservatives shared an account at a meeting Dr. Trump had in New York with hundreds of Christian conservatives.

Dobson said he knew the individual who led President Trump to Christ and should be considered “a baby Christian.” While Dobson made this claim, President Trump hasn’t always been the clearest about his faith. “I think people are shocked when they find out that I am Christian, that I am a religious person,” Trump wrote in “Great Again,” a book published during the presidential campaign. “They see me with all the surroundings of wealth, so they sometimes don’t associate that with being religious. That’s not accurate.”

But some people are not convinced. When asked theological questions, Trump often speaks in vague terms. Asked “Who is God to you?” by the Christian Broadcasting Network, Trump answered “God is the ultimate,” then went on a brief spiel about how he got a great deal on the golf course before circling back to his original definition. “So nobody, no thing, no there’s nothing like God.” While he hasn’t always been vocal and descriptive related to his faith, or conversion experience, some would say his actions tell the story.

During his presidency, Trump has made decisions that have sparked debate within the Christian community. Many would say these decisions support his faith beliefs. One big example was his Jerusalem move, making the announcement that the U.S. would officially recognize Jerusalem as Israel’s capital and prepare to relocate the U.S. Embassy from Tel Aviv to the Holy City. Evangelicals and Catholics reacted in different ways.

American evangelicals, especially those close to President Donald Trump praised President Trump’s Jerusalem decision, hailing his announcement that the United States now recognizes Jerusalem as Israel’s capital. Pope Francis, however, spoke of his “deep concern” about the situation created by President Trump’s move, given the disruption of a delicate equilibrium in the governances of the sacred city and its holy sites. He warned of “increased hatred, conflict, violence and suffering in Jerusalem and the Holy Land” as a likely result of President Trump’s initiative.

“There are ministry leaders and prophetic voices who are convinced God brought Donald Trump, who had said for many years that he was not at all interested in running for public office, to this place for this time,” author Stephen E. Strang wrote. “It may well be that Trump was sent by God as a bull in a china shop to break up the globalist agenda and interrupt the left’s campaign to remake America in their own image. A man with a milder, gentler, less aggressive personality could never hope to take on the forces within the political establishment and prosper, which explains why Donald Trump was the perfect choice for this hour.”

So is President Trump truly born-again? For evangelicals, “accepting Christ” and being born-again is at the heart of becoming a genuine Christian. It refers to acknowledging sin and declaring the need for Jesus Christ as Savior. To be “born again” literally means “born from above.” When you are born again, you experience a spiritual transformation, a total change of heart. To be born again is to be saved. To understand the meaning of the term, you need to first read John 3:1-21. In this passage, Jesus Christ is talking to Nicodemus, a prominent Pharisee and member of the Sanhedrin. The Sanhedrin was the ruling body of the Jews. During this exchange, Nicodemus came to Jesus with a number of questions.

Nicodemus says “Rabbi, we know that you are a teacher who has come from God. For no one could perform the signs you are doing if God were not with him.” (John 3:2) Jesus uses an illustration Nicodemus can easily understand, one of a newborn baby entering its life to represent beginning new life with God. “Very truly I tell you, no one can see the kingdom of God unless they are born again.” (John 3:3). Nicodemus is confused at first by Jesus’ response, when he uses the term born again, “How can a man be born when he is old?’ Nicodemus asked. ‘Surely he cannot enter a second time into his mother’s womb to be born!’”(John 3:4). Jesus provides clarity: ‘I tell you the truth, no one can enter the kingdom of God unless he is born of water and the Spirit. Flesh gives birth to flesh, but the Spirit gives birth to spirit. You should not be surprised at my saying, “You must be born again””(John 3: 5-7). You can see through this passage that Nicodemus is searching for answers, but what he really needs is a change of his heart. The same applies to us. When we identify as born again we have experienced new birth in Christ and through this process ultimately become children of God.

To be born again is to accept the plan of salvation that Jesus offered at Calvary. If you desire to be born again, it’s imperative that you understand the resurrection of Christ which points to our salvation. 1 Corinthians 15:1-4 talks about the death, burial and resurrection of Christ: “Now, brothers and sisters, I want to remind you of the gospel I preached to you, which you received and on which you have taken your stand. By this gospel you are saved, if you hold firmly to the word I preached to you. Otherwise, you have believed in vain. For what I received I passed on to you as of first importance: that Christ died for our sins according to the Scriptures, that he was buried, that he was raised on the third day according to the Scriptures.” Through Jesus death, burial and resurrection we are saved. This is also the means of our own salvation.

While some may not believe that Trump has had a born-again conversion, ultimately it is not for us to decide. It's about his personal relationship with Jesus. When we accept Christ in our personal lives, we are essentially burying our old lives, and experiencing a spiritual rebirth. Hopefully, President Trump has accepted Christ in his. 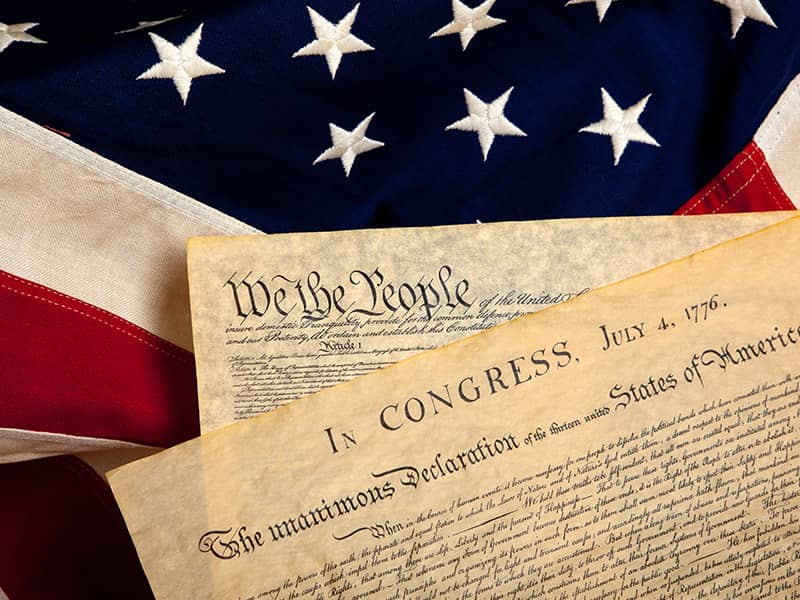