Does the Bible Tell Us We Have to Vote?

What the Bible really says about voting.

The truth is, the Bible doesn’t directly command us to vote because the people who lived in biblical times couldn’t vote as they lived under kings and emperors who weren’t elected by popular votes. However, the Bible does call us to be good citizens and a big way we do this is through the process of voting. The person that we vote for does matter to God.

God’s Word is not silent when it comes to making good choices, and the Bible provides instructions that can guide us in casting the right vote. We can choose to follow or reject these instructions. As Christians, it’s especially important that we honor God with our votes by electing candidates whose beliefs are biblical. We are not to vote for whoever we think has the best chance at winning, but to vote for the person that truly will work to make God's moral standards the law of the land.

Most people think that they have the right opinion and the person they are voting for is the right candidate. However, the candidate that is selected is not based off our reason, or solely based on the popular vote. The candidate that is selected is based on God’s Will. Proverbs 16:2 tells us “All a person’s ways seem pure to them, but motives are weighed by the Lord.” Because of this, we knows it is not man, but God who is making the ultimate decision when it comes how the votes will be cast, and who will be elected. Proverbs 3:6 tells us “Seek His Will in all you do, and He will show you which path to take.” It’s important that we pray before we decide to support and endorse a candidate, and cast our ballots. We need to ask God to direct our actions however He chooses. This may mean that God is commanding us to go against our own wisdom in order to fulfill His Will.

Now, you are probably asking how we can make the right choice, if the choice is not in our hands but God’s? How can we cast our votes without becoming an offense before God? We should consider the future of our nation when casting our votes. In order to do so, we must seek His mercy continually, fear His displeasure and follow His truth. Only then will we know we are making the best choice. Also, it’s important to recognize that God may be choosing to place a wicked person in a position of power to accomplish a specific purpose, even if we don’t know what that purpose is. If we think our choice comes before God, we are placing ourselves in a position before God.

Romans 11:34 says “’Who has known the mind of the Lord,’ or who has been his counselor?” When Peter took the Lord to the side and began to rebuke him saying “Not so, Lord,” and “This shall never happen to you.” Jesus turned to him and said “Get behind me, Satan! You are a stumbling block to me; you do not have in mind the concerns of God, but merely human concerns.” This is a great example of human thought attempting to supersede God’s Will. It is arrogant, and sinful to think that God’s plan would allow evil to triumph. The Bible tells us that God has greater plans for us. This includes the plans of our nation. “For I know the plans I have for you,” declares the LORD, “plans to prosper you and not to harm you, plans to give you a hope and a future” (Jeremiah 29:11). God’s plan is for our good.

One thing that is important to remember is that just because a candidate professes to be a Christian, doesn’t necessarily mean they have biblical beliefs. Be cautious of those who profess to be Christian, but don’t model Christ in their actions. The Bible tells us there are many.

Jesus warns: “These people say they are mine. They honor me with their lips, but their hearts are far from me. And their worship of me is nothing but man-made rules they have been taught” (Isaiah 29:13). James 1:26 is another great model, telling us “If a person think that he is religious but can’t control his tongue, he is fooling himself. That person’s religion is worthless”. Titus 1:16 is another great resource, warning us about people who say they know God in word but clearly not in their actions: “They claim to know God, but they deny Him by what they do. They are detestable, disobedient and unfit to do anything good.”

Some of these candidates will sin on purpose, sinning now and disobeying God’s teaching. The Bible say, “Whoever says, ‘I know him,’ but does not do what he commands is a liar, and the truth is not in that person” (1 John 2:4). Before we commit to a candidate, or cast our vote, it is our responsibility to research and determine that the positions of candidates are in line with Scripture. It is important that those who are in positions of leadership truly know God, and model this in the choices they make in their leadership.

Along with the Bible, there are a number of resources for Christians to turn from mainstream thinking to understand the function of law and government according to God’s original design. The Bible may not tell us we have to vote, but we should as it helps us to be the good citizens God calls us to be.

This election season, make sure the values, principles, and plan of the person you are voting for is in line with God. Just as Jesus prayed, thy will be done on Earth as it is in Heaven, pray that those who are elected in leadership will be held accountable to God, and will make sure His law is implemented and upheld. 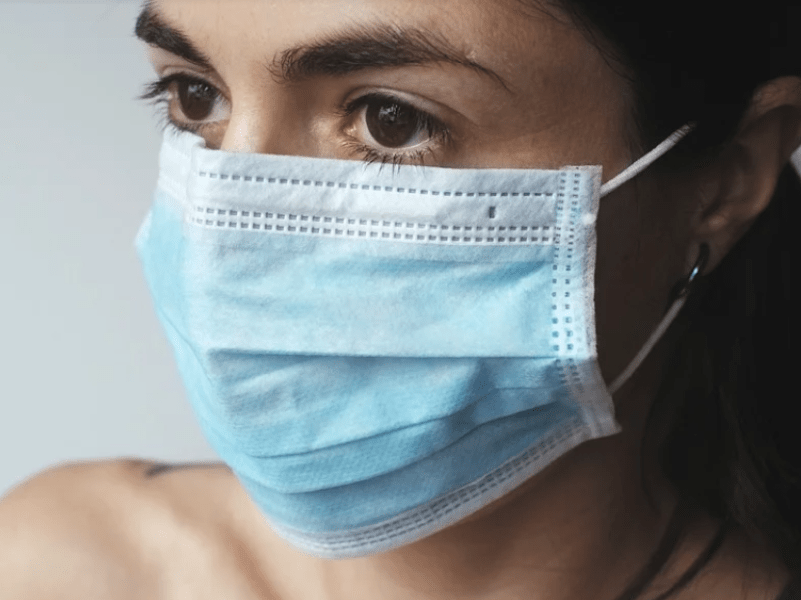 6 Bible Verses to Get You Through the Pandemic