When politicians go out campaigning, they know that they need to connect with as many voters as possible as quickly as possible. They need to make themselves look as good as they can while making their opponent look like the worst choice in the world for whatever office the two of them are pursuing. To do this, politicians tend to use every trick in the book. They extol their own virtues at length and call on their friends, family members and members of the community in which they are campaigning to vouch for their character and expertise. Politicians construct long lists of their impeccable credentials and carefully downplay any gaps in said resume. They face off with their opponent in debates and stare down the public at rallies or open houses. They dance delicately around contentious issues and perform elaborate verbal gymnastics to avoid answering questions that they know will make them look bad.

Political vote hunting is not all obfuscation and avoidance either. Many politicians get downright nasty when it comes to their opponent. They run smear campaigns, drag the other person’s reputation through as much mud as possible and play up any mistakes their opponent made while doing their best to bury their own. As for the potential skeletons in their opponent’s closet, a bloodhound has nothing on the nose of a politician hunting for a scandal that could ruin their opponent’s career. A politician seeking office, especially a high office, will play any and every card they have in their hand in order to win a few extra votes.

Bible verses are a card that politicians love to play in Christian dominated areas. Even though they may ignore or belittle America’s massive Christian population for the rest of their term, seasoned politicians of every stripe seem to suddenly remember during election time exactly how darn many of those Bible readers there are in the nation. As such, it behooves any and every candidate to make friends with that massive group. One of the best ways to do this, politicians think, is to cite Bible verses in their speeches. This will show Christians that the politician knows their Scripture and values the Christian Holy Book. They referenced it in their speech, thus Christians must think that the politician relies on the Bible for guidance just like Christians do. This, at least, is the perception politicians are aiming to create. Unfortunately, their attempts at connecting with Christians can backfire spectacularly.

Politicians seem to think that referencing the Bible in any way is enough to get every Christian in the country to vote for them. What they do not realize is that making mistakes with Bible references gives away their game entirely. There are certainly some politicians who truly do read the Bible and rely on its wisdom, but there are far too many who see the use of Bible verses in speeches as nothing more than a cheap gimmick to earn a few more votes. Members of the latter group are often outed when they mangle classic verses or quote pithy phrases that sound biblical but that anyone who has truly read the Bible would recognize are not from Scripture at all.

When it comes to the usage of Bible verses, the most troublesome group of politicians are probably those who can accurately quote the Bible but cheerfully disregard context or otherwise misinterpret the verse. These misuses are harder for the average person to recognize.

Another Bible verse that politicians and leaders of all sorts like to quote is Proverbs 29:18, “When there is no vision, people perish.” They use this to show that a leader who has a plan, like them, is needed in order to save the company, city, nation or whatever area they would control if they won the election. Proverbs in general is often mined by politicians and inspirational speakers who then use its words out of context or incorrectly. Proverbs 29:18 especially makes little sense to hear at a campaign speech. After all, the “vision” Proverbs 29:18 mentions is not a plan but God’s divine revelation, so unless the politician is claiming to be a prophet, this is not a verse they are likely using correctly.

Psalm 109:8 occasionally comes up in speeches as well when a politician is stating that they want their opponent to lose reelection. The verse reads, “May his days be few; may another take his place of leadership.” On the surface, this sounds like a perfectly reasonably thing for someone to wish. The person they disagreed with won the election, so they hope that their opponent is in office for as short a time as possible before they or someone they agree with takes the opponent’s place. The biblical context of Psalm 109:8, however, makes this verse completely inappropriate for a clever or witty remark. Psalm 109 contains some of the most serious curses ever leveled in the Bible. Psalm 109:7-15 in full reads, “When he is tried, let him be found guilty, and may his prayers condemn him. May his days be few; may another take his place of leadership. May his children be fatherless and his wife a widow. May his children be wandering beggars; may they be driven from their ruined homes. May a creditor seize all he has; may strangers plunder the fruits of his labor. May no one extend kindness to him or take pity on his fatherless children. May his descendants be cut off, their names blotted out from the next generation. May the iniquity of his fathers be remembered before the Lord; may the sin of his mother never be blotted out. May their sins always remain before the Lord, that He may blot out their name from the earth.” This is not a curse to be leveled lightly at another human being, much less for the minor crime of daring to be honestly elected by the people.

Politicians are notorious for misusing Bible verses just as much as twisting facts and statistics, but there is at least some good news when they try and pull the wool over people’s eyes using the Good Book. It can be hard to fact check the statistics and data they reference, but almost everyone has easy access to a Bible.
Stephanie Hertzenberg is a writer and editor at Beliefnet. She is a graduate of the College of William and Mary where she majored in Religious Studies and minored in Creative Writing. She maintains an avid interest in health, history and science. 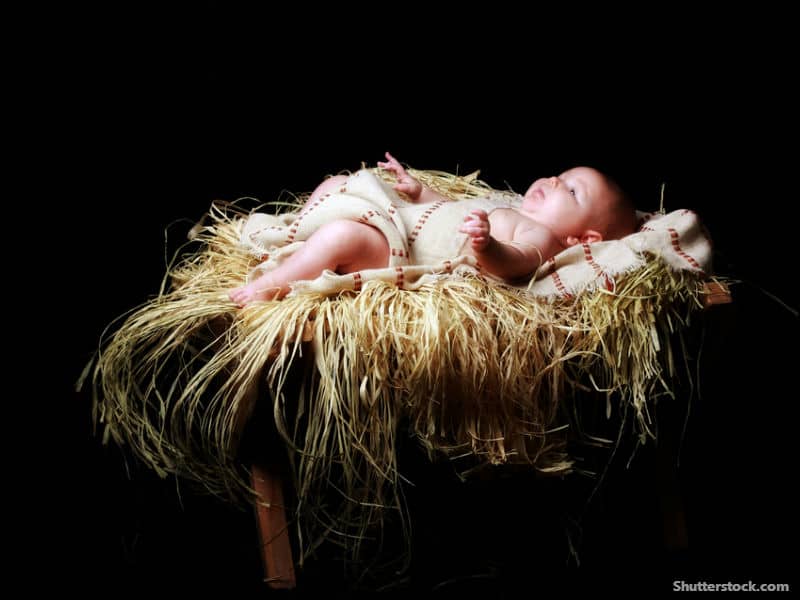 more from beliefnet and our partners
Get the Best of Beliefnet Newsletter!
Sign up for Beliefnet's Partner Mail newsletter.
From time to time you will also receive Special Offers from our partners
Stephanie Hertzenberg