Should the Bible Be Taught in Public Schools? 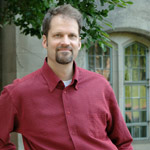 America may be one of the most religiously diverse places on earth, but according to religion professor Stephen Prothero, its citizens don't know their sacrilege from their sacraments. In his controversial bestseller "Religious Literacy: What Every American Needs to Know--and Doesn't," Prothero argues that Americans do not necessarily need to get religion, but they do need to get religious knowledge. He says its time for religion to be taught in all public schools--a semester for the Bible, and a semester for world religions.

You claim that Americans don’t know much about religion, a fact that is well established by surveys testing religious knowledge. But why does it matter that Americans know the Five Pillars of Islam or basic facts about the Bible?

In a democracy, citizens are supposed to be involved. And we can’t be involved on religiously inflected questions unless we know something about religion. On the home front, it’s important to know something about Christianity and the Bible in order to hold politicians accountable. Especially in recent years, both Democrats and Republicans are appealing to religious reasons when they make arguments about abortion or stem cell research or the environment. And [for foreign policy], it’s important to know something about Islam and other religions because religions motivate people—make them act for or against American interests.

You’re calling on high schools and colleges to dramatically change their approach to teaching religion, which would require a major effort in terms of preparing curriculum, training educators, etc. How likely is it that we will see shifts in the ways that we teach religion in our schools?

Why do people always ask me how likely it is?

Most Americans are in favor of this. There has been some polling where people are asked, "How would you feel about having your children take courses about religion in the public schools?" And overwhelmingly people say yes, they’re in favor of it. So, that’s one thing.

Another is [that] since 9/11 things have really shifted on this question about religion. If you were a head-in-the-sand secularist back on September 10, 2001, you could get by because you could imagine that religion was going away in the world just like it had gone away in your life. After 9-11, you can’t do that any more. People who do that seem really stupid. It’s undeniable that religion is powerful and it’s undeniable that it’s something that we, for perfectly pragmatic political reasons, need to know something about.

Another reason is that the culture wars have really exaggerated how much contention there is about religion in the United States. There’s a sense that public voices for religion are either right-wing fundamentalists or left-wing atheists. But that is a teeny, teeny portion of the American religious pie. The overwhelming majority of us are in the middle. And those people in the middle find this kind of proposal really reasonable and practical and sane.

The question isn’t what religion is true or most valuable. The question is, What religious traditions do you need to know something about in order to be an effective citizen? If you look at the congressional record, you’re not going to see a lot of references to the Buddha and to the Bhagavad-Gita. But you’re going to see tons of references to the Bible, to Armageddon, to apocalypse, to the Promised Land, to the Good Samaritan.

Whether you like it or not, whether you’re an atheist or a Christian, whether you’re a Jew or a Muslim, the fact of the matter is, the Bible is the text that in Western and American civilization has been most influential and, therefore, it’s the text we need to know more about than we have to know about other texts.

Perhaps the reason this is such a contentious issue is the problem of motive. How can we be certain of the motives of teachers who--

I thought you were going to ask about my motive. Because people do ask me about that.

I bet.
I’ve gotten so many emails from people saying, "You have a secret agenda. This is the back-door way of reintroducing Christianity and Christian teaching back into the public schools."
What do you say to that?

So I think it’s really important for people to understand that distinction between preaching religion and teaching about religion.

Absolutely agreed. Still, what haunts people when they think of the Bible being taught in public schools is that teachers cannot be trusted to be objective.

But here’s my answer: We do this all the time with other subjects. If somebody’s a really conservative Republican or a really liberal Democrat and they’re teaching political science in high school, we don’t think that that’s disqualifying. We just expect them to be careful. We expect them to check their biases. And that happens all the time.

If there’s somebody in a literature class who hates poetry but loves novels, they have to teach poetry and they have to try to teach it as best as they can without telling the students all the time that they hate poetry.

Isn't there a big difference between loving Jesus and loving novels?

The reality is that we already have these courses. About one out of every twelve public school districts are teaching courses on the Bible. And presumably, those courses are being done pretty well. It’s not like this is a novel idea. It’s not like you have to create curricula out of nothing or teach training concepts out of nothing. This is already happening.

You really can’t be said to be educated, says the Supreme Court, if you don’t know something about the Bible, Christianity and other world religions. They've said this in their rulings. You can go read them online.
So religious ignorance is not a recent development. You make the surprising argument that American religious history is partly to blame for the decline of religious knowledge in this country.

The historical argument that I make is that when Puritan culture was the dominant religious culture in the United States, in the Colonial and Early National periods, Protestant literacy went hand-in-hand with basic literacy. Part of being religious was being educated. That starts to go away in the middle of the 19th century with the rise of Evangelicalisms. As Puritanism yields to Evangelicalism, religious literacy starts to plummet.

Evangelicals emphasize reading the Bible and Bible knowledge. Why would Evangelicalism contribute to the decline of religious knowledge?

There are a lot of factors involved that I outline in the book. One is that that experience becomes more important than education. It becomes more important to love and have a relationship with Jesus than to know what Jesus had to say. You can see the shift in Sunday School materials, in sermons, in tracts. You also see it in the public schools where there are battles over what kind of Bibles to read. The Catholics want the Catholic Bibles and the Protestants want the King James and they can’t agree, and so in many places in the middle of the 19th century, they finally just agree to get rid of the Bible [in public schools].

Then, as the Protestant denominations start to cooperate on a lot of social reform issues over the course of the 19th century on temperance, abolitionism, and women’s rights, it becomes less and less important to know about the specific doctrines and teachings of your denomination. In fact, it becomes a barrier to cross-denominational cooperation. And so, people gradually start to forget what it is to be a Lutheran or a Methodist a Baptist. And gradually, the doctrinal and the narrative elements of religion, which for me, sort of form the core of religious literacy, start to fade away as we emphasize other elements in religion, particularly the experiential and the moral.
It's fascinating and ironic that, as you argue, the failure of religious knowledge can be blamed on the most religiously fervent people in America. Among historians, is this the common explanation for the decline in religious literacy?

No. Pieces of it, but I like to think it’s my own. I am a historian and so, to me, the most interesting part of the book are the chapters where I argue that the demise of religious literacy came at the hands not of secular people, but religious people.

You place part of the blame on the great religious revivals in this country, the First and Second Great Awakenings.

Right, because they changed the way we do religion.  The revivals tell us that religion is about feeling instead of about knowing. We rely on those revivals on unlettered preachers and we come to affirm a kind of romance where the less you know about religion, the more heartfelt you could be. Your religion is somehow more powerful and more imitable if it’s not sullied by any knowledge—even, ironically, knowledge about the Bible.