Here are 5 scriptures that conflict with Donald Trump's immigration policy.

It is the crux of the long-awaited Donald Trump immigration policy. This past Sunday, Trump repeatedly told Meet the Press host, Chuck Todd, that the 11 million people who entered the country illegally must be deported. He did not specify how the country could afford the hundreds of millions of dollars that a national deportation bureaucracy would require, but that's the deal he's offering.

Trump added that their children who were born in the United States would have to be deported as well. That, of course, would require repealing the Fourteenth Amendment to the Constitution that grants birthright citizenship to every person born in the U.S.

Every decent human being, regardless of faith, should feel righteous indignation at a brash billionaire threatening to nullify the Fourteenth Amendment, revoke the citizenship of children born in the United States, and ship them to another country. This policy punishes the most vulnerable in our society who had nothing to do with their parents' actions, and it has no place in the United States of America.

Not only is Trump's immigration policy a moral outrage, it is also hypocritical. The Atlantic pointed out that Trump's policy would have barred his own grandfather from entering the country. We also know that two-thirds of "The Donald's" wives were born outside of the United States. Thankfully, almost a super-majority of the nation of immigrants disagree with Trump, as 65 percent of Americans favor some kind of path to citizenship.

While I support regulated borders and a sensible and compassionate immigration policy, one of the most often repeated values in Scripture is offering hospitality to the stranger. Even dedicated people of faith may be surprised to know how forcefully the biblical authors spoke out on the issue of immigration.

With Trump's immigration policy now public, those of us who desire to follow Christ have the opportunity to examine what our faith tradition teaches us about showing hospitality to the immigrants and the vulnerable among us. While some Christians short-sightedly stop at quoting Romans 13:1, others will step back, look at the big picture, and acknowledge the existence of a higher law. For example, consider Leviticus 19:33-34:

When a foreigner resides among you in your land, do not mistreat them. The foreigner residing among you must be treated as your native-born. Love them as yourself, for you were foreigners in Egypt. I am the Lord your God.

Trump supporters appear to be mostly working-class whites who bear much of the weight of wealth inequality in the U.S. They blame immigrants for their economic woes, even while it's possible that illegal immigration actually helps our economy. Contrast that blame game with Deuteronomy 10:17-19:

For the Lord your God is God of gods and Lord of lords, the great God, mighty and awesome, who shows no partiality and accepts no bribes. He defends the cause of the fatherless and the widow, and loves the foreigner residing among you, giving them food and clothing. And you are to love those who are foreigners, for you yourselves were foreigners in Egypt.

The Social Gospel movement, led by Walter Rauschenbusch and others, in response to the inequality of the Gilded Age could guide Christians to address the injustices of our own era that lie behind the current disdain of the immigrant. Hear the call of Jeremiah 7:5-8:

If you really change your ways and your actions and deal with each other justly, if you do not oppress the foreigner, the fatherless or the widow and do not shed innocent blood in this place, and if you do not follow other gods to your own harm, then I will let you live in this place, in the land I gave your ancestors for ever and ever. But look, you are trusting in deceptive words that are worthless.

As for the children of immigrants...

Ezekiel 47:22-23 reports God's instruction to the children of Israel as they return from exile to reenter the land:

You are to allot it as an inheritance for yourselves and for the foreigners residing among you and who have children. You are to consider them as native-born Israelites; along with you they are to be allotted an inheritance among the tribes of Israel. In whatever tribe a foreigner resides, there you are to give them their inheritance,' declares the Sovereign Lord.

The word "stranger" in Matthew 25:38 is a translation of the Greek word xenos, from which we derive our word "xenophobia." "Stranger" in Matthew 25:38 means "foreigner, immigrant." Jesus instructs his disciples that at the Last Judgment, their treatment of the immigrant will reflect their treatment of Jesus, Himself. When we show hospitality to the immigrant, we are showing hospitality to the Lord, who owns all land, regardless of national borders. 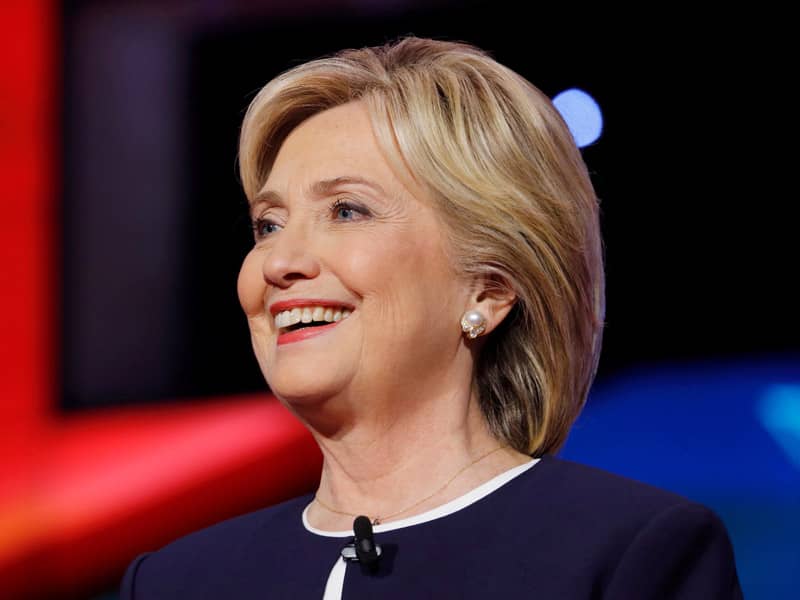 5 Democrats That Shared Their Love of Christ
These leaders want the nation to know about Jesus. Read next feature >
Ryan Gear is the founding and lead pastor of One Church.