Trump Called a ‘Racist’ by HuffPo

There is no love for Trump at the Huffington Post. 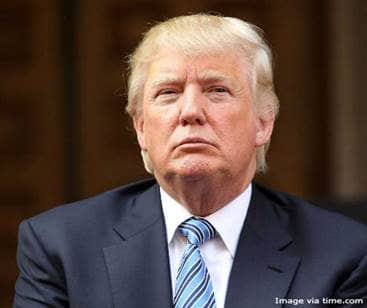 There is no love for Trump at the Huffington Post. The Huffington Post announced that they will publish anti-kickers on all Donald Trump coverage during election. A kicker is used in journalism after the story, so no matter how biased or fair the piece may be the company will add it remarks afterwards. Huff Post will report on Trump, but decided to add an editor’s note. In this case, this kicker is not in favor of the of the anti-party, and out-spoken GOP candidate running for the Oval Office.

This would state that Trump is a “bully,” a “racist,” and a “liar” after every piece. They said the Trump sideshow is over. Trump was never taken seriously when he entered the race in 2015—and was added to the Entertainment section not to the Political tab. This decision was made in July 2015 to reflect what Trumps’ what campaign really is—“disgusting,” Arianna Huffington wrote.

“Since then Trump's campaign has certainly lived up to that billing. But as today's vicious pronouncement makes abundantly clear, it's also morphed into something else: an ugly and dangerous force in American politics. So we will no longer be covering his campaign in Entertainment. But that's not to say we'll be treating it as if it were a normal campaign,” the co-founder wrote.

Trump has cultivated a mass following, crushing top party establish politicians like Jeb Bush and the Bush dynasty in the polls to the surprise of many on both sides of the aisle. The Iowa Caucuses will thin the herd further, and Trump has reclaimed the lead as of Feb. 1.

The Huff Post is not interested, Politico reported. Especially, after Trump said all Muslims should be blocked from entering the U.S. and his comments on Mexicans.

“Note to our readers: Donald Trump is a serial liar, rampant xenophobe, racist,misogynist, birther and bully who has repeatedly pledged to ban all Muslims -- 1.6 billion members of an entire religion -- from entering the U.S.”

A spokesperson for the HP was clear on the reasons, no matter how biased or unbiased it seems. They will move forward adding this note to all future Trump stories. In an interview with Politico: “Yes, we're planning to add this note to all future stories about Trump. No other candidate has called for banning 1.6 billion people from the country! If any other candidate makes such a proposal, we'll append a note under pieces about them.”

Mr. Trump took to Facebook to respond to the decision in 2015.

“Mr. Trump singlehandedly raised the issue of illegal immigration and started a national conversation about what has turned out to be one of the most important topics of this election cycle. The only clown show in this scenario is the Huffington Post pretending to be a legitimate news source. Mr. Trump is not focused on being covered by a glorified blog. He is focused on Making America Great Again.”

Regardless of how people feel about Trump, there is a candidate running for office that is being investigated by the FBI and could be indicted for misuse of classified emails on a private server. Perhaps Democratic front-runner Hillary Clinton should have an anti-kicker as well?