President Barack Obama announced in 2008 that closing the detention facility at Guantanamo Bay would be on the agenda if elected. 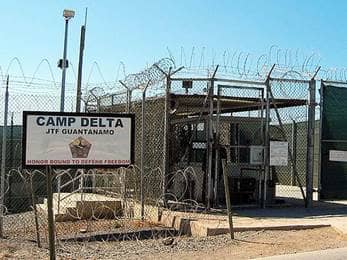 President Barack Obama announced in 2008 that closing the detention facility at Guantanamo Bay would be on the agenda if elected.

With less than a year left in his term, Obama set forth a plan, sent to Congress, to close the controversial military prison housing terrorists, to interrogate detainees, and prosecute prisoners a threat to the U.S. in February.

Launched in 2002, the camp was accused of torture, abuse, and it was found guilty of these practices by the United Nations and humans-rights group, Amnesty International.

They accused the operation of  “gross human rights abuses perpetrated by the U.S. government in the name of terrorism.

It also has “diminished the United States" reputation, providing a magnet for criticism from allies and enemies alike. In the years since Amnesty International has called for closure of the detention facilities, a growing number of high-ranking U.S. officials from both political parties, allied governments, and the United Nations called for the prison's closure.”

There are 91 detainees at the base with 35 being eligible to transfer. There will be a review of inmates’ records who have not been convicted of a crime, and Obama reiterated the need to close the facility down, which cost the country $450 million in 2015.

“When I first ran for President, it was widely recognized that this facility needed to close. This was not just my opinion. This was not some radical, far-left view. There was bipartisan support to close it,” the President said at Roosevelt Room in February.

“My predecessor, President Bush, to his credit, said he wanted to close it. It was one of the few things that I and my Republican opponent, Senator John McCain, agreed on.”

An estimated 85 percent were transferred to other countries. More than 500 under President Bush were released. Less than 100 people are currently detained, he said. There is careful coordination when there is a transfer and national security is a priority.

“So we can capture terrorists, protect the American people, and when done right, we can try them and put them in our maximum security prisons, and it works just fine.” The American people are not overly supporting this measure. Rasmussen Reports 56 percent of people asked to respond to the President’s plan wanted the prison to remain open.

There are plans to block Obama.

Republican Sen. Majority Leader Mitch McConnell and Sen. Pat Roberts, of Kansas dismissed the notion. Roberts to Twitter posting a video of him ripping up the plan Obama released, and then tossing into the trash. In a statement Roberts wrote:

“I reject the President’s rational that closing GITMO will stop the ability of terrorists to recruit new jihadis. This notion is ridiculous. It will simply establish a GITMO north. Given the ever growing threat of ISIS and reports that future battlefield captures are inevitable, the President cannot prove closing the facility will improve our security, no matter how much he wishes it so. Nothing in this report substantiates his assertions.”

There are 13 U.S. sites reported being considered for transfers. Leavenworth military prison in Kansas and federal Supermax prison for male inmates in Florence, Colorado are potential locations.