What You Should Know About MERS

Medical staffers and scientists do not believe that MERS will be able to spread life Ebola. However, researchers have noted that MERS is in the same family of SARS and the common cold. 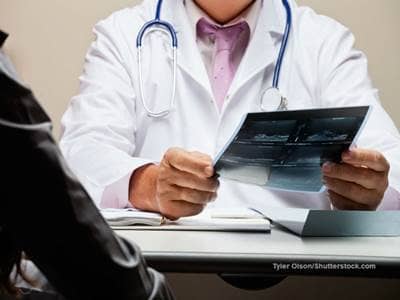 The world is in a state of panic again as another deadly disease has infected 87 people in South Korea and killed six. The lethal disease is Middle East respiratory syndrome (MERS). Hundreds of schools have shut down and hundreds of others are quarantined.

Medical staffers and scientists do not believe that MERS will be able to spread life Ebola. However, researchers have noted that MERS is in the same family of SARS and the common cold – which are highly contagious. Researchers believe that MERS doesn’t spread as easily from person to person, like Ebola, and very close contact is needed in order to become infected.

Currently there is no vaccine or cure for MERS. The disease has a high case of fatalities – it’s reported that around three to four of every ten patients reported with MERS have died.

MERS emerged in 2012 and the world is still trying to learn about it and how the disease changes and can be tracked. Dr. Amesh Adalja, a senior associate at the Center for Health Security at the University of Pittsburg said, to TIME, “Personally I am more concerned about MERS following the course of SARS than I ever will be regarding Ebola becoming widespread outside of certain regions of Africa.” While MERS has not taken that course, many medical teams believe that hospitals are harboring points for infections. Hospitals are where the sick people go and usually where the individuals with the most vulnerable immune systems are seated.

Acting Prime Minister Choi Kyung-hwan released a statement on Sunday stating, “So far, all the MERS cases have been hospital-associated, and there has been no case of an infection in other social settings. We think we have a chance at putting the outbreak under total control.” The U.N. health agency publically stated that there is no evidence yet in South Korea of sustained transmission in country.

While South Korea is currently the only present case, in May 2014 the U.S. experienced two cases of MERS – the patients were health care providers who lived and worked in the Middle East. Since the emergence of MERS, in 2012, the U.S. has implemented testing for workers reentering the United States as a preliminary precaution. According to the CDC, only 20% of countries have the tools and ability to rapidly detect, respond or prevent global health threats from fatal infections like MERS. In efforts to control the current MERS outbreak and implement disease prevention, the CDC is in partnership with other countries in accelerating its Global Health Security program – which will increase preparedness worldwide.