What Happened to Our Summer Vacations?

During the 1950s through the 1960s a family vacation was planned every summer for the working family. 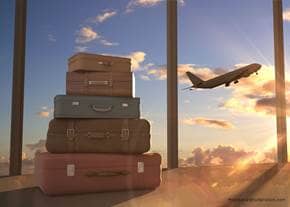 During the 1950s through the 1960s a family vacation was planned every summer for the working family. People budgeted, planned, and took off from work without leaving a footprint at the office. That started to alter in the 1970s, and more people worked longer work weeks due to the economy.

Today it’s still on a decline. It’s costly to have a vacation, and people don’t have the paid time off, and employers don’t have to off it in the US. Both parents work, with it being harder to take off. If they have the paid time, they check work emails, and remain available. What are the reasons people are allowing this to happen?

The people that can go on trips are afraid to leave due to being seen less valuable to the employee.

Workers who email late, stay late, and burn themselves out want to remain on the radar, so why chance it. People have too much work to do, and don’t want to get behind.

Americans get less time off than other countries, and are over worked. The US is the only industrialize nation that does not have mandatory leave for new mothers, lack of paid sick days, and flexible schedules. Many people don’t want to lose their job, or get behind on projects if they take off. Not all companies are flexible in spreading works tasks so people out of the office can take a breath.

According to Time Magazine, 61 percent of the employed vacationers work during off time, and the average of unused vacation days was 52.4 billion in 2013. Americans are overworked, and it’s partly our fault. What can we do?