The “Religious Nones” Could Tip the Election

The Republican Party could be facing a challenge at the polls in 2016. There is growing research revealing that the “religious nones,” could become a factor in the 2016 presidential bid. 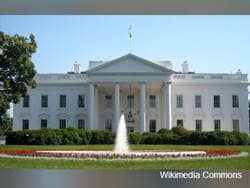 The Republican Party could be facing a challenge at the polls in 2016. There is growing research revealing that the “religious nones,” could become a factor in the 2016 presidential bid. Americans born between 1981 and 1996 do not identify with any set religion and claim to be atheist, agnostic, or “nothing in particular,” the Pew Research Center found.

Adult between the ages of 18-30 are moving away from Christianity, partly because they believe in pro-choice, and gay marriage. In just seven years the “nones” have outpaced Catholics and born-again believers (2007-2014).

“As the Millennial generation enters adulthood, its members display much lower levels of religious affiliation, including less connection with Christian churches, than older generations,” according to the Pew Research Center. One in every three born-again Christians voted Republican.

This tipped the scale in the 2014 midterm elections which gave the U.S. Senate back to the Republicans, and secured their largest majority in the House of Representatives since the 1940s. During the 2012 presidential run, 26 percent of the Republican vote came from white evangelicals. The growing “religious nones” could become a caveat in the Republicans bid for the Oval office in 2016.

“You could certainly argue that evangelicals are not monolithic in terms of their policy beliefs, but there's no denying that there's more of an organization around organized religion than there is around disorganized atheism,” Democratic strategist Margie Omero told NPR.

Many “nones” voted more Democratic in 2012, and don’t believe that a president’s religious affiliation should be a factor. Politicians through history have used faith to gain voters, but will Republicans bend on issues like same-sex marriage to gain more Millennial adults?

Greg Smith is an associate director of research at the Pew Research Center and explained to NPR that the “nones” have been overlooked. “I personally think that the characteristics, the profile, the potential influence of religious 'nones,' who say they have no religion, is an often overlooked part of the religion in politics story.”