‘Who But the Lord?’ The Law Under Fire after Ferguson and a Chokehold

Following the grand jury decisions in the cases of Eric Garner and Mike Brown, the notion of safety within American society is meant to be examined. 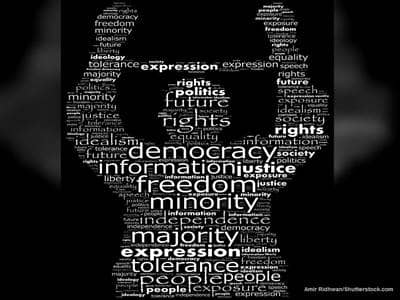 I looked and I saw
That man they call the law.
He was coming
Down the street at me!
I had visions in my head
Of being laid out cold and dead,
Or else murdered
By the third degree.
I said, O, Lord, if you can,
Save me from that man!
Don’t let him make a pulp out of me!
But the Lord he was not quick.
The law raised up his stick
And beat the living hell
Out of me!
Now, I do not understand
Why God don’t protect a man
From police brutality.
Being poor and black,
I’ve no weapon to strike back
So who but the Lord
Can protect me?

1947 was the year Harlem Renaissance poet Langston Hughes wrote “Who But the Lord?” as a response to the institutional racism towards African Americans and the police brutality they suffered through, prior to, and during, the Civil Rights Movement.

It’s chilling to see that almost 70 years later, Hughes’s words still ring true. It’s an undesirable and unwanted foretelling of America today. But through the nature and pervasiveness of its occurrences and reoccurrences, especially in 2014, the glare of America’s atrocities is blinding.

We watched the news as they showed several American citizens, all of whom were young, black men, die, at the hands of the law. And at each turn, justice was not there.

18-year-old Mike Brown of Ferguson, Missouri was shot over 6 times, chest up, during a run-in with police officer Darren Wilson.

A Staten Island man by the name of Eric Garner died after a police officer locked him in a chokehold. His last words were: “I can’t breathe.”

Are the men and women in blue - sworn to protect and serve our communities - guilty? Some would earnestly say “yes,” and others would differ in opinion. A grand jury indictment would have begun the process of determining whether the actions of police enforcement were right or wrong, under the law. But in both cases, no indictments were served.

It can’t be ignored that there is racial conflict within this country. It mirrors Hughes and his exclamatory words, as communities of color continue to face and encounter persistent police brutality, harassment, and excessive deadly force.

Because of these encounters and stories that end in pain, fury, and the loss of life, many African American and Latino communities do not feel safe. In fact, they feel targeted. And on many occasions, they are targeted.

“I looked and I saw/That man they call the law...”

Hearing about my friend's teenage son, being harassed by a police officer, was unnerving and a stark reminder that the law often reigns on the side of the people that are sworn to enforce it. Her son, who is black, was profiled, assumed to be a “thug” or “drug dealer.” He was stopped on three occasions. The officer even made degrading and irreverent remarks towards my friend, asserting that her son provided “drug money” to assist in paying for her rent. Fortunately, the situation did not escalate and was properly handled.

But that is not Mike Brown’s story. Nor is it Eric Garner’s. 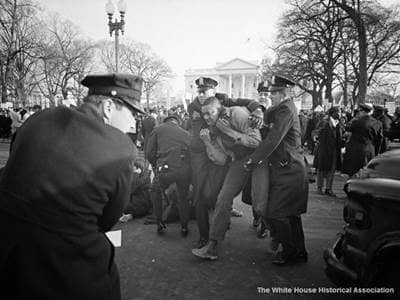 Fear replaced trust. Racial perceptions clouded black identities with suspicion. Excessive deadly force was used. Medical attention was vehemently absent. While in police custody, life was not protected. And due diligence does not work in death.

“So who but the Lord/Can protect me?”

Our law enforcement is designed to provide safety. To make sure we are not prone to such vulnerabilities that invite or create treacherous or deadly situations. They are in service to us, obligated and paid to protect our communities. And while some law enforcement does so respectfully and diligently, there are far too many occasions where unsafe environments and situations are created by police officers.

When the policies, procedures, and applications of training by law enforcement in America, are patterned with racial injustice, partiality, and a lack of accountability, it decays the core and principal duty to protect and serve not only communities of color, but all people.
Then it becomes an issue of safety and due diligence, which recedes the quality of the justice system.

“I’ve no weapon to strike back”

In the midst of Jim Crow legislation and racial segregation, Hughes channeled the paralyzed, unprotected voices of poor and black communities. Now in 2014, there are many tools and mechanisms, or “weapons” that can be used to fight injustice and systematically change the society that we live in.

Equal treatment, the safety and well-being of all people under the law begins with courage, honesty, and education. Communities of color can change the deformed makeup of our justice and political system by being a part of it – using the power of voting, establishing and supporting structures that uphold the rights of all, and more importantly, running for office.

In the poem, Hughes cries out to the Lord for safety and protection, but we know that our next step is just as powerful: action.