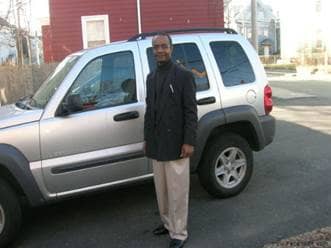 Christians are targeted overseas in vast numbers. They are jailed, maimed, gun downed, or beheaded. China reached a 300 percent increase in abuses towards believers in 2014.

Open Doors USA reported that Christians are the most persecuted group in the world. The US Department of State also found that believers in over 50 countries face persecution from their respective governments. Brothers and sisters in Christ are suffering for their beliefs aren’t limited to foreign land. In the US, schools ban prayer, atheists’ demand that road-side crosses are taken down.

This following story is more tragic than censorship. A 49-year-old health-care worker was brutally murdered in his apartment by Somali-Americans in August by three Muslim immigrants in Portland, Maine.

The alleged came into the country on a resettlement program sponsored by the United Nations-U.S. State Department, WMD reported, which is creating an outrage.

The victim, Freddy Akoa, was found with blood splattered on his Bible with 12 broken ribs, and a lacerated liver. He was beaten over several hours, with his head bashed in by a piece of furniture. It was speculated that the murder was because of religion, and not because of an argument. Portland police told the outlet “Eventually the whole story will come out. It always does.”

Suspects Abil Teshome, Mohamud Mohamed, and Osman Sheikh are in jail without bail, and could face 25 years or life prison.

“Teshome admitted to punching and kicking Akoa multiple times and knocking him to the ground. Teshome also stated that he also struck Akoa with his hands and feet while Akoa was lying on the ground,” according to the article during a police interview. Many refuges come from the Middle East, CNN cited in 2014.

Thousands of Muslims refugees are flooding US cities with a record number coming into the country. Islamic extremists are recruiting these new Americans to serve them to fight for ISIS. During their coverage, WMD found that the FBI “investigations into 25 to 30 Somali refugees leaving their homes in Minnesota to become fighters for ISIS in Syria and the al-Qaida-linked Al-Shabab in Somalia.” Maine has seen an increase of Somali refugees, and the U.N. has sent over 100,000 Somalis into US cities since the early 1990s.

Minnesota is home to the largest Somali population with an estimated 100,000 people. Earlier this year Nigerian Muslim refugees threw 12 Christians overboard, drowning them after they were praying for their lives, and told to stop. The assailants chanted “Allah is great” before they took action.

Akoa came to the US as an immigrant from Africa.