In a serious cyberattack that halted the release of the controversial film, The Interview, Sony charges ahead in the name of free speech. 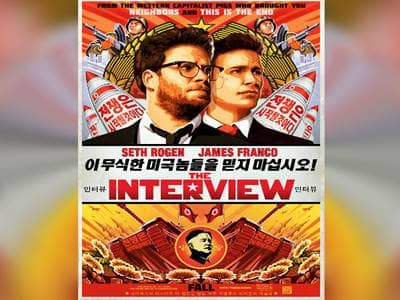 Orchestrated by hacker group, Guardians of Peace, Sony succumbed to a severe cyberattack in late November in an effort to halt the release of the controversial film, The Interview.

The Interview, starring James Franco and Seth Rogen, is a satirical comedy about two journalists hired by the CIA to assassinate North Korean leader, Kim Jong-un.

Sony Pictures experienced a shutdown of their computer systems and a widespread leak of data and other confidential information, which revealed damning documents and emails among top executives, as well as personal files of staff and former employees.

The attack quickly escalated to threats, with the hacker group charging to hit theatres that intended to play the film. A week prior to the nationwide release, Sony made the decision to pull the film and all of its advertising.

Many people saw it as a larger attack on free speech and freedom of expression, and Sony drew criticism for censoring the film and giving in to threats. President Obama called the decision to pull the film “a mistake,” and revealed that North Korea was behind the attack, despite the country’s denials.

Independent-owned theatres showed support for the film and for Sony, petitioning to show The Interview despite blowback.

“We are at an important crossroads with an opportunity to reaffirm clearly our dedication to the value of freedom and the absolute necessity to keep our film industry free of restriction, censorship and violent intimidation,” reads the petition. Over 500 theatres provided signatures for support.

Two days before Christmas, Sony reversed their decision and released the film on Christmas Day.

“It was essential for our studio to release this movie, especially given the assault upon our business and our employees by those who wanted to stop free speech,” explains Sony Chairman Michael Lynton.

As a result, The Interview became Sony’s number one online movie of all time, earning $15 million in online sales, $2.8 million in theatres, and downloaded over 2 million times over the weekend.