Sex, Lies and the Truth of Christ

My professional world -- journalism -- has been rocked over the past week by the University of Virginia gang rape story in Rolling Stone magazine. The violations of basic professional journalistic practice by the magazine were so blatant that few could imagine a national magazine making them. But that's what happened, and it exacted an almost incalculable cost to the reputation of the university and the accused fraternity. 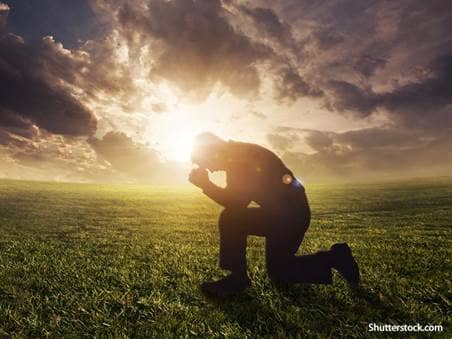 A friend of mine, recalling her undergraduate years in journalism school, says that back then, she wanted to be "a journalist for Jesus." She was, and remains, a Christian, and saw her vocation to journalism as a way to bring the light of Christ into the media, and tell stories for the greater glory of God. In the end, she did not become a journalist -- and both Jesus and journalism are better off for it.

Why? Consider the University of Virginia gang rape story in Rolling Stone magazine. Last month, it dropped onto the campus like a bombshell, tarring the venerable school and one of its fraternities with a very dark crime, and sparking national outrage. And then came the backlash: the Washington Post began investigating the story itself, and revealed that Rolling Stone magazine had done a staggeringly shoddy job on the piece, leveling their horrendous accusations on the unconfirmed word of the victim alone, without consulting the accused.

As it turns out, the Rolling Stone reporter and her editors agreed not to question the alleged rape victim's story, because they believed that to do so would be insensitive. Subsequent fact-checking by the Post showed that the purported victim's story had changed a number of times, and there were key aspects of her account that could not possibly be true.

My professional world -- journalism -- has been rocked over the past week by this story. The violations of basic professional journalistic practice by the magazine were so blatant that few could imagine a national magazine making them. But that's what happened, and it exacted an almost incalculable cost to the reputation of the university and the accused fraternity. It happened because the magazine and its reporter saw a problem that really exists -- sexual assault on campus -- decided that something must be done about it, and found a situation that would confirm their own biases and allow them to crusade against an evil.

In the firestorm that followed, a Baltimore journalist named Anna Walsh penned a Buzzfeed column saying that "being a sexual assault survivor and being a journalist are inextricably intertwined for me." She objected to journalistic skepticism of claims made by alleged rape victims. The cause of fighting sexual assault is so righteous that adhering to professional standards of journalism are, to Walsh, are a vice. In Walsh's view, to look for the truth is not as important as advocating for her favored cause. For her, activism is the same thing as journalism.

Essentially this is no different from the view of my "journalist for Jesus" friend. For her, the pursuit of journalistic truth was the same thing as advancing the kingdom of Christ. As a matter of fact, as a Christian journalist, I too believe that truth-telling almost always serves Christ (I say "almost" because there are certain contexts when disclosing a story, however true, could do more harm than good; a Christian journalist in the slave era who exposed the Underground Railroad would probably have done an immoral thing, even though he would have written truthfully.) The danger in approaching journalism from an advocacy perspective -- Christian, feminist, or anything else -- is that you will cut ethical corners to make the story fit the cause.

In 2002, I attended a Washington meeting of Catholic journalists (I was a Catholic back then). The sex abuse scandal had broken out of Boston months earlier, and it was all anyone wanted to talk about. A priest who was also publisher of a Church-owned newspaper told the group that he was proud that his newspaper did not wallow in the gutter, like the mainstream media, publishing salacious stories of clerical sex crimes. I challenged him, saying that he did the Church and the faith no favors by refusing to see what was in front of his nose, and to write about it. To that publisher-priest, advocating for a certain whitewashed view of the Church was more important than the truth, and he told himself that his self-imposed blindness was a virtue.

This kind of thing happens all the time in mainstream newsrooms. Reporters and editors are only human. My Christian commitment has opened my eyes to stories, and to aspects of stories, that my secular colleagues did not see. But I think it must also be the case that my Christian beliefs blind me to things my unbelieving cohorts see clearly. If journalism is about the search for the best available account of the truth, then it has to be a collaborative enterprise, in which people from differing perspectives work together to nail down the most complete and fair version of what happened.

Doing so requires a fundamental commitment to following the trail of truth, no matter where it leads -- even if it hurts the institutions and causes we love. When a journalist decides that her faith in Jesus, in feminism, or any other cause, is more important than the truth, she is no longer a journalist, but a propagandist. Don't get me wrong: it is more important to be a Christian than to be a journalist, a feminist, or anything else. But the day you decide that there are truths you will not tell, or even consider, because they would hurt your cause -- that's the day you leave journalism.

For me, there is no contradiction between my faith and my vocation as a journalist because I believe in telling the truth, period. Have I always succeeded perfectly in overcoming my biases? No, and I never will. None of us can. Here's the thing: you have to try. Anna Walsh, as a sexual assault survivor, could bring valuable insights to her newspaper's coverage. But her status as a survivor does not give her a monopoly on the truth, and it is dangerous to think it does. The same goes for Christians in journalism.

Journalism, done rightly, is always a threat to the status quo, because there is always a fault line between what is true, and what people wish to believe (and wish others to believe) is true. Earthquakes that can bring down powerful men and seemingly invulnerable institutions occur along those fault lines, provoked by journalistic inquiry. It's also true that journalism, done rightly, is a threat to our personal status quo, because there will always be a fault line between what is true and what we wish to believe is true. As an Orthodox Christian, nothing helps me be a better journalist more than regular confession, which compels me to search my own heart relentlessly, looking for my own sins and failings. The newsroom has taught me how people in government, in business, and in all walks of life lie to themselves to protect their sacred cows.; the confessional has taught me about how I lie to myself to protect my sacred cows.

Only God knows the complete truth. All men are liars, whether they mean to be or not. A key to being a good journalist -- a skeptical, fair-minded, thorough journalist, one with integrity -- is to understand this about human nature, and to apply it to oneself as rigorously as one does to others. It is also key to being a good person. "You shall know the truth, and the truth shall set you free," said Jesus. He didn't say, "You shall know yourself, and that will set you free." The truth is always bigger than ourselves. To understand that is to become wise.