Are young conservatives turning the Republican view on same-sex marriage? What does this mean for the future of Evangelicals? 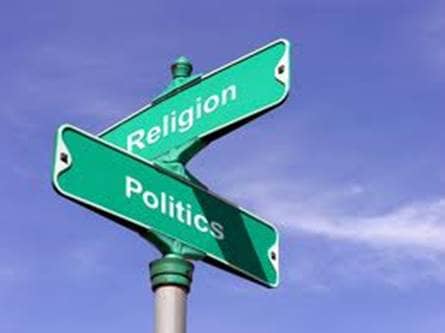 A recent poll suggests Republican attitudes toward same-sex marriage are seeing a record shift, “We’re witnessing more than just generational turnover; conservatives are changing their minds,” reported a release from the Young Conservatives for the Freedom to Marry. Pew research found more than 60% of Republicans under 30 leaning in support of marriage equality. The study shows Millennial support jumped nearly 20% over the past decade. The top reason among people who changed their mind was knowing someone personally who is homosexual. Here’s what one response said “My best friend from high school is a gay man and he deserves the same rights; they are in a committed relationship.” So far seventeen states and the District of Columbia have legalized same-sex marriage since the U.S. Supreme Court overturned the Defense of Marriage Act, in California.

The young conservative group also claims to see a rise in support among fellow Evangelicals. But despite recent growth and momentum, are Christians pushing back? A pipe burst two days ago regarding the issue causing the Christian non-profit, World Vision, to reverse their two-day decision to hire Christians in same-sex marriages. The public apology read, “We are brokenhearted over the pain and confusion we have caused our friends, who saw this decision as a reversal of our strong commitment to Biblical authority. We ask that you understand this was never the board’s intent.” Episcopalian bishops in Michigan chimed in on the debate stating that “discrimination is not the Lord’s way,” keeping with their policy to officially sanction same-sex relationships.“We have authorized a blessing, and a blessing is different than a marriage,” media affairs representative Nancy Davidge said. “A blessing is a theological response to a monogamous, committed relationship.” This brings up the question, how is marriage defined and who determines it – church or state?

As more and more Christians struggle to reconcile this issue, they are forced to think critically about whether or not the state determines moral beliefs, or is that the right and responsibility of the church. Pope Francis, affectionately known as “The People’s Pope”, has expressed tolerant views on the subject as a civil matter but has also taken a firm Biblical stance morally having said, “Let’s not be naïve, we’re not talking about a simple political battle; it is a destructive pretension against the plan of God. We are not talking about a mere bill, but rather a machination of the father of lies that seeks to confuse and deceive the children of God.” As the stakes continue to get higher, both politically and religiously, Christians will be faced with confronting culture and rectifying it with Biblical understanding or as Jesus Christ put it, “render[ing] unto Caesar the things which are Caesar’s and unto God the things that are God’s.”