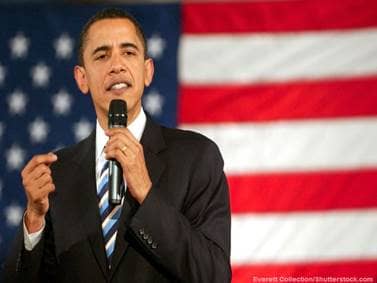 President Obama took a stand against “inexcusable political rhetoric against Muslim-Americans” from Republican presidential candidates and visited a mosque for the first time in the United States. In his speech, at the mosque, Obama referred to Muslims as essential to the fabric of America. Thousands attended at the Islamic Society of Baltimore which is a 47-year-old mosque.

Obama said, “Let me say as clearly as I can as president of the United States: you fit right here. You’re right where you belong. You’re part of America too. You’re not Muslim or American. You’re Muslim and American.”

One of Obama’s goals during his final goals during his last year in office is to advocate against what he deems as dangerous threads within the political discourse. “We can’t be bystanders to bigotry,” Obama said. “Together, we’ve got to show that America truly protects all faiths. As we protect our country from terrorism, we should not reinforce the ideas and the rhetoric of the terrorists themselves.”

Throughout his speech, Obama referenced recent conversations he’s had with young Muslim parents whose children feel threatened by the country’s views on the Muslim community. “You could not help but be heartbroken by their worries and their anxieties. Some of them are parents, and they talked about how their children were asking, ‘Are we going to be forced out of the country? Are we going to be rounded up? Why do people treat us like this?’ Conversations you shouldn’t have to share with children. Not in this country,” said Obama.

Recently, Republic presidential candidates like Donald Trump have made brash comments indicating that he would like to ban all Muslims from entering the country until tighter anti-terror measures are put into place. “Here at this mosque, and across our country and around the world, Muslim leaders are roundly and repeatedly and consistently condemning terrorism. And around the globe, Muslims who’ve dared to speak out have often been targeted and even killed so those voices are there; we just have to amplify them more,” Obama said.

Obama also made reference to the general society consensus that thrives within our society by saying, “We have to…lift up the contributions of the Muslim-American community not when there’s a problem, but all the time. Our television shows should have some Muslim characters that are unrelated to national security. It’s not that hard to do.”

Shortly after Obama’s appearance social media was infiltrated with the hashtag #TooLateObama. Many columnists voiced their concerns that Obama’s visit was too late in coming.