With strong words, Pope Francis has called to mind the very real idea of evil—in so many forms—and has taken a public stand against it, as it stands against God. 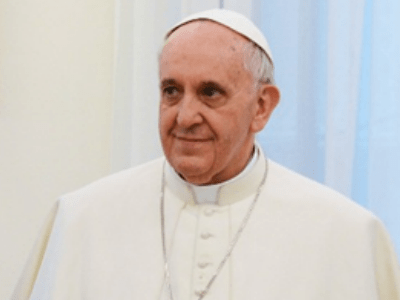 In a statement made on June 21st, Pope Francis issued strong words for people who choose to make a conscious decision to follow the ways of money, sin, and exploitation. The Pope is specifically quoted as saying, “Those who follow the path of evil, like the Mafiosi do, are not in communion with God; they are excommunicated!”

The Pope was speaking to tens of thousands of people in the southern region of Calabria when he issued what is the most severe ecclesiastical penalty within the Catholic Church: excommunication.
But what exactly does it mean to be excommunicated?

And how is it enforced?

To be excommunicated means that the sacraments of the faith cannot be received. Those sacraments would most specifically refer to receiving Holy Communion at Mass but would also include, as an example, a person who was going to be married. The Sacrament of Marriage would be denied to a person who is excommunicated. However, the denial of the Eucharist (Holy Communion), which is considered the “source and summit” of Mass, would be the most widely received sacrament now denied to those who are excommunicated. This is considered drastic and even incomprehensible as to the bereft state it would leave such a person in; Eucharist is a source of God’s grace—it is the real body and blood of Christ.

This gives a sense of the dire consequences of excommunication.

Once excommunicated, the state of excommunication can only be alleviated by the Pope, the bishop, or an authorized priest. Again, this formality speaks to the truly calamitous verdict of excommunication. A number of other behaviors or actions can lead to excommunication from the Catholic Church. They include such things as apostasy, heresy, abortion, and schism.

What’s interesting about the Pope’s statement (if it has been translated absolutely correctly) is that the Pope isn’t just saying that the Mafioso is, for all intents and purposes, excommunicated; but he is also applying this to “those who follow the path of evil.” Therein it could be extrapolated that the Pope, in using that general phrase, includes the other behaviors that are grounds for excommunication. In other words, the Pope’s statement, while he has used the Mafioso as an example due to their impact in the region in which he was speaking, can be understood to include many others who have not kept the Lord at the center of their adoration and have, to one degree or another, given in to their sinful natures.

When the Pope makes the sweeping declaration of excommunication it is important to note that he immediately follows with the need for repentance. A truly prophetic voice, Pope Francis, recognizes that while no man is free from sin, each has the capacity to seek and accept redemption. Even, we must believe from the spirit of the Pope’s words, the Mafioso.

Having said that, is excommunication actually enforceable?

The reality is that in some instances it is enforceable and may even fall upon the local priest to ensure the ban is imposed. Although this is more than a bit tricky in this particular instance since it would seem that those who are in the specific group to which the Pope excommunicated may not always be known. Ironically, excommunication may require the integrity of a person while the person being excommunicated is, seemingly, lacking in integrity.

However, this is where the authority of the Magisterium comes into play and the understanding that this authority presides over the souls of the faithful. Having declared excommunication makes it so, regardless if the person ignores the ban or not.

With strong words, Pope Francis has called to mind the very real idea of evil—in so many forms—and has taken a public stand against it, as it stands against God.

Cheryl Dickow is the president of Bezalel Books and is the author of Elizabeth: A Holy Land Pilgrimage and Our Jewish Roots. Cheryl lives in the beautiful state of Michigan with her husband of 27 years and her three grown sons. Her works appears on a number of faith-based sites and has been published in a variety of magazines and papers.