Political, Intentionally or Not? 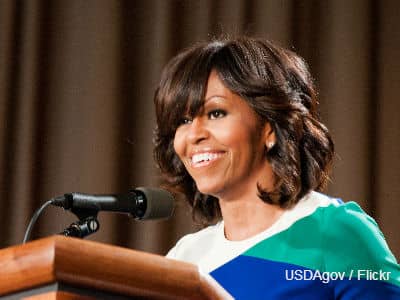 President Barack Obama was in Riyadh on Tuesday to pay his respects to the late Saudi King Abdullah. The short visit displayed how important the U.S.-Saudi relationship remains to the American leadership. However, the relationship and the President’s presence was not the main discussion amongst media outlets – instead outlets brought heavy attention to The First Lady’s attire while she accompanied her husband.

There are exceptions made for foreigners. In photographs from the official events, other foreign female guests are also shown not wearing headscarves and in the past other Saudi leaders have met with foreign women not wearing scarves. However, speculators commented on a recent trip The First Lady made to Indonesia where Michelle was photographed wearing a headscarf. Social media posts trended the instance and raised question why she would choose not to wear one in Saudi Arabia. Everyone weighed in on the topic as and questioned whether the absent attire was intentional or unintentional.

The Obamas' trip to Saudi Arabia comes at a time where international criticism of Saudi Arabia's human rights record, which has been heavily caused by the flogging of blogger Raif Badawi for insulting Islam. However, the trip was designed to be apolitical considering Obama said he was unlikely to discuss Badawi's case with the new Saudi king.