The personal and political conflicts between US President Barack Obama and Israeli Prime Minister Benjamin Netanyahu are reflected in the hidden messages in the Torah, commonly known as Bible Codes. 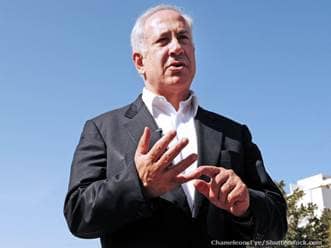 The personal and political conflicts between US President Barack Obama and Israeli Prime Minister Benjamin Netanyahu are reflected in the hidden messages in the Torah, commonly known as Bible Codes.

Sample headlines from a variety of news outlets, including Breaking Israel News, illustrate the longstanding difficulties in the relationship between the two: The clash over the proper approach to Iran’s nuclear aspirations has exacerbated the pre-existing conflict between the two world leaders and is the source of their deepest division. In a recent CNN interview with Obama, journalist Fareed Zakaria asked about Netanyahu’s vocal opposition to the the P5+1 nuclear deal with Iran.

Zakaria questioned the president on whether he has ever witnessed “a foreign head of government inject[ing] himself into an American debate.” The president replied that “I don’t recall a similar example.” In a video that was published on February 25, 2015, Bible Codes expert Rabbi Mattiyahu Glazerson reveals a table in which all the elements of the conflict are present. In this table, Glazerson points out that where the name Barack Obama is found, it intersects with the word Islam. Just above Islam is the word Yishmaelim, which refers to the Islamic descendants of Ishmael.

Below these words, Glazerson points out Artzot Habrit, which is how the United States is referred to in Hebrew. The words Netanyahu, Israel and nasi (Hebrew for president) are also found in this table. In between the names Barack Obama and Netanyahu is the Hebrew word ma’avak, which means struggle. However, what is even more startling, is that right in the center of this table are the letters that spell out Iran, suggesting that Iran is the core of the conflict between the two personalities.

Thus, according to this table of Bible Codes, the conflict between Obama and Netanyahu is very deep and is reflected in the wisdom of the Torah. “It is not a simple conflict that can be solved by politics, but much deeper,” commented Glazerson, who emphasized that the “Torah is the blueprint of creation and can give us a much deeper meaning of things.”

Bible Codes are only found in the original Hebrew text of the Five Books of Moses which traditional Judaism believes was written by God. Reflecting a divine intelligence, the Biblical text reveals embedded messages about events that took place (or have yet to take place) millennia after the Bible was written.

Much of the current work being done on Bible Codes by scholars and mathematicians is focused on the coming year, 5776 in the Hebrew counting, as being significant for the arrival of the Messiah.

Article is courtesy of Israel365.