The NFL has found that 11 of the New England Patriots' 12 game balls were inflated two pounds per square inch below the NFL's requirements. "We are not commenting at this time," said Greg Aiello, the NFL's senior vice president of communications. 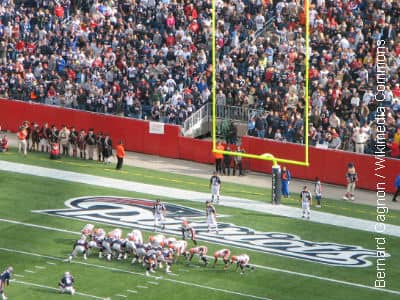 While everyone is in full gear for the upcoming Super Bowl XLIX, the match up is not the main focus – instead the escalating controversy surrounding the game balls used during the National Conference game between The Indianapolis Colts and The New England Patriots is being reviewed. The Patriots were victorious over the Colts with a score of 45 – 7.

The NFL has found that 11 of the New England Patriots' 12 game balls were inflated two pounds per square inch below the NFL's requirements. "We are not commenting at this time," said Greg Aiello, the NFL's senior vice president of communications.

League officials have confirmed that the footballs were properly inspected and approved by referee Walt Anderson 2 hours and 15 minutes before kickoff, and then they were returned to each team. The NFL also reported that the balls were tested at the half, and then reinflated when they were found to be low. There were no issues with the Colts’ balls during inspections.

NFL rules state, no alteration of the footballs is allowed once they are approved. If a person is found breaking league rules and tampering with the footballs, that person could face up to a $25,000 fine and potentially more disciplines.

Troy Vincent, the league's senior executive vice president of football operations, told The Associated Press late that the "investigation is currently underway, and we're still awaiting findings.” The investigation should be wrapped up in two to three days.

ESPN NFL Insider Adam Schefter reported that members of the Colts had concerns about underinflated balls after their regular season game against the Patriots on November 16. He also reported that during that game, Colts safety Mike Adams intercepted Tom Brady twice and gave the balls to the Colts' equipment manager to save – during both interceptions there were unsettling concerns the balls felt under inflated. In addition those sources said the Colts raised concerns to the league, which was aware of the issue going into this weekend's AFC title game.

After the recent domestic violence cases that circled the NFL, many are upset and disappointed with more controversy surrounding the league. Media outlets all over are raising the question – what type of punishment would the league impose on The Patriots if they are found guilty?

Obviously, a major part of the investigation is how the 11 footballs became underinflated. Officials and the league are taking the investigation very seriously, as the integrity of the game is at stake. Deflating a football can change the way it's gripped and caught by a player. And it also changes the way it travels through the air. Under current NFL rules, each team provides balls each game for use when its offense takes the field.