Is Obamacare a Mistake?

Four prominent doctors say Obamacare is a travesty and a fraud. Their denunciations could not be more blunt. They’re even worried that thousands of doctors will quit practicing medicine rather than participate in the Affordable Health Care Act’s transformation of American medicine. 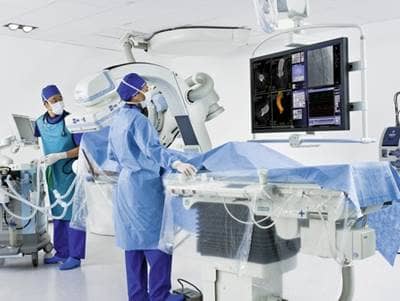 Four prominent doctors say Obamacare is a travesty and a fraud. Their denunciations could not be more blunt. They’re even worried that thousands of doctors will quit practicing medicine rather than participate in the Affordable Health Care Act’s transformation of American medicine.

“People don’t want to “share” their doctor – they want his undivided attention,” writes Dr. Jane M. Orient, M.D., at the University of Arizona’s College of Medicine. “They don’t want the excellent facilities near their home to be moved far away in order to even out ‘healthcare disparities.’ They don’t want funds used for treating for their child’s rare cancer to be shifted into buying free drugs for people with HIV or AIDS.”

The new Accountable Care Organizations being set up under Obamacare “will be the medical version of Soviet collective farms,” writes Dr. Alieta Eck, M.D., a graduate of Rutgers and the St. Louis School of Medicine. She studied Internal Medicine at Robert Wood Johnson University Hospital in New Jersey and has been in private practice with her husband, Dr. John Eck, M.D. since 1988. “The Affordable Care Act,” she says, ”must be repealed before it has a chance to ruin the best medical care in the world.

If Canadian socialized medicine has been a disaster, writes G. Keith Smith, M.D., it will look wonderful after Obamacare is implemented. “The failures of the Canadian health care system are seen by Canadians as the fault of their government,” says Dr. Smith Smith, a board-certified anesthesiologist and co-founder of The Surgery Center of Oklahoma City. “The failures of ObamaCare will be seen as the fault of the greedy corporations running it, another one standing by to take its place.” This may be Obama’s cruelest secret, says Smith.

“Many promises were made to different groups to sell the new healthcare law to a skeptical public. Having watched the medical insurance games–government and private–for my whole career, I thought these promises were too good to be true,” says Dr. Elizabeth Lee Vliet. “What is coming to light now is like ‘The Big Con’ that Robert Redford’s character skillfully pulled off in the classic movie The Sting. Only the Pelosi-Reid-Obama trio forced through an even bigger sting on the entire country, especially the very constituencies they promised their healthcare law would help.”

The four doctors are officers of the Association of American Physicians and Surgeons, founded in 1943. “Many U.S. physicians have allowed themselves to be swallowed up by a system that is extraordinarily complicated and costly,” writes Dr. Eck. “In a bureaucrat’s heaven, ObamaCare will centralize payments to Affordable Care Organizations where care would be controlled and physicians compensated according to strict government guidelines. If physicians were farmers and patients were livestock, this might be feasible, but setting up an efficient assembly line system is not the way to provide compassionate, individualized high quality medical care.”

“As a matter of fact, even farmers and livestock did not do well with central planning of the collective farms that existed in the early 20th century in the Soviet Union,” writes Dr. Eck. “These were farms or groups of farms organized as a unit and managed and worked cooperatively by a group of laborers under State supervision. Private ownership of farms was no longer allowed and they were confiscated by the State. The State promised to collect the meat and produce and distribute it fairly. But this did not happen and peasants, those who worked the hardest, lamented that they were not getting their fair share. When they revolted, their non-compliance was met with harsh retaliation, and life was reduced to stark subsistence.”

“People were forced into hard labor by cruel taskmasters as the supervisors were held accountable for the results. Lives were micro-managed by the central planners and freedom disappeared,” writes Dr. Eck. “The punishments became harsher when productivity declined. Eventually, it has been said that the people pretended to work and the State pretended to pay them. The Soviet Union fell under its own weight as the economy ground to a halt. So do we need more centralized control in medical care? Or would decentralizing care and minimizing the middle man be even better?

“One by one, the political promises fall like dominoes,” writes Dr. Vliet. “The very groups that strongly supported government control of healthcare are now some of the ones getting stung badly. The effects are like a swarm of killer bees suddenly descending on the unsuspecting, stinging everyone in sight."

Who is getting stung? College students: “Before Obamacare, young healthy college students paid average health insurance premiums that only cost $100-600 per year,” writes Dr. Vliet. “Obamacare mandates mean that premiums are rising to $1,700 to $2,000 per year. In New Jersey, where health insurance is mandatory for college students, this is indeed a huge sting!” College faculty: “At many universities, faculty hours are being cut back to less than 29 hours a week to avoid the costly Obamacare premiums,” writes Dr. Vliet. Others getting the sting: “Union members: the sting of Obamacare has come in many forms, so Big Labor is now seeking waivers for union members. Employers: Paying for all the Obamacare mandates in employer-provided health insurance adds $1.79 to the hourly rate to hire an employee. That’s why many are not hiring. Seniors: After the election, seniors are learning that all the promises of “no cutbacks” in their medical care were false."

“The Senior Sting is especially ugly,” writes Dr. Vliet. “One 80-year-old patient told me his heart medicine was no longer covered, ‘because I am too old now.’ Preventive services and cancer screenings for the older patients, such as prostate and breast cancer checks, are being cut. Then there is the Medicaid sting: States that are expanding Medicaid plan to cut payments to doctors and hospitals to about 56% of what private insurance companies pay. This means more patients lined up for fewer doctors and hospitals."

“And let’s not forget the privacy sting,” writes Dr. Vliet. “Your electronic health record will be used to decide what treatments you will be allowed. The IRS will be collecting expanded personal information about your income, habits and family to decide what to sting you on penalties. In short – old or young, black or white, liberal or conservative – once Obamacare was forced on patients across the country (except Congress and the President)– everyone has gotten The Sting….in the Biggest Con of all.”