Hugs for a Cheeseburger, You Betcha

You maybe lovin’ McDonald’s more than ever with the new promo the restaurant chain announced during the Super Bowl. 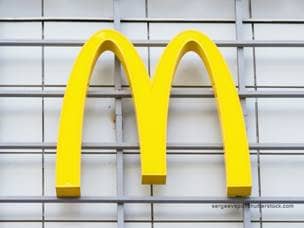 You may be lovin’ McDonald’s more than ever with the new promo the restaurant chain announced during the Super Bowl. The contest will pick five people or less per location to receive their food for a price—a hug, a dance or to call someone and tell them they are loved.

The Pay with Lovin' Instant Win Game will end on Valentine’s Day, so you still have time to check the rules on the company’s website. McDonald’s expects to give away roughly 60,000 meals alone in Califronia over the next two weeks. The restaurant chain was founded by Richard and Maurice McDonald and Ray Kroc in 1940, and today the McDonald’s serves over 65 million customers daily in 119 countries, including Russia, Romania, China, and at one time Iceland.

Chief marketing officer for McDonald’s USA Deborah Wahl said that the company is on a new journey.

“We’re on a journey to change the relationship, and Pay with Lovin’ is a direct way for us to engage with our customers.”

The commercial, which made the top list of commercials from the Super Bowl, was an effort to boost revenue since many American’s are just not going to McDonald’s like they used to. They are losing to the restaurants like Moes and Chipotle.

People want to personalize their meals with local ingredients, they want more choices. The restaurant plans to implement in the third quarter this year will be an option for customers to customize their own burgers in order to reconnect with customers who have moved on to healthier food options and more relaxed atmospheres. Overseas, stores in Japan made news after seeing sales plummet with an estimated net loss of $156.7 billion in 2014.