Hobby Lobby's attorneys argue that the law violates the company's constitutional right to religious freedom by enforcing the regulation that all forms of birth control be covered through insurance plans – or be fined. 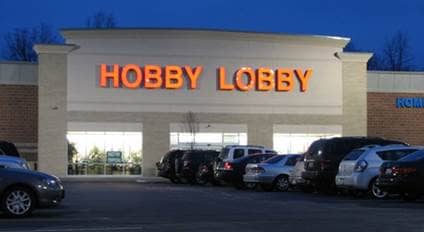 Hobby Lobby's attorneys argue that the law violates the company's constitutional right to religious freedom by enforcing the regulation that all forms of birth control be covered through insurance plans – or be fined. The company's owners are morally against contraception because they believe it is a form of abortion however, medical studies have discredited that claim.

The contraception directive does allow churches and religiously affiliated nonprofits, such as schools and hospitals to authorize their own directive. Still Hobby Lobby is a for-profit corporation which currently requires the company to cover the full range of women's preventative care which includes birth control, intrauterine devices and emergency contraception - at no cost to their female employees.

Justice Anthony Kennedy questioned both sides. Kennedy asked Hobby Lobby's lawyer, former Solicitor General Paul D. Clement, why the company couldn't just choose not to provide health insurance at all, pay the tax and then raise salaries to allow employees to purchase health care on their own. Assuming that would be a financial "wash," Kennedy asked Clement, "Then what would your case be?"

"How would we consider the rights of employees?" Kennedy asked. "The employees may not believe … in the religious beliefs of the employer."

Some justices also asked whether for-profit corporations, like Hobby Lobby, had the right to claim religious freedom exemptions to any federal laws. The justices noted they are a business open to the public and do not discriminate amongst their customers, proposing the question as to why they would hold their employees to a different standard.

Many are speculating that Kennedy will potentially return to his common role as the court's swing vote. While Kennedy wrote the broad opinion in the Citizens United case, stating that the First Amendment prevented the government from limiting independent expenditures by corporations, he has also been one of the court's strongest voices in favor of gay rights.