In a powerfully hungry world, it’s easy to get swallowed in it and turn to greed. While you may feel lost, there is hope. 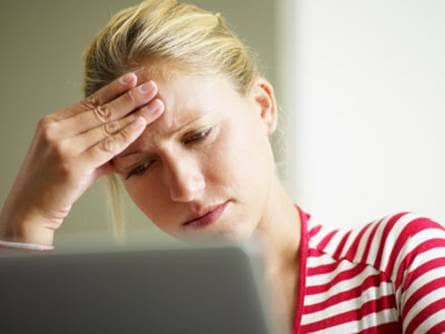 “Woke this morning with an ache in my head
Splashed on my clothes as I spilled out of bed
Opened the window to listen to the news
But all I heard was the Establishment Blues.”
—Sixto Diaz Rodriguez, Cold Fact

Engulfed by a powerful unseen force that seeks to control our every thought and how we spend our time, the 21st century seeks to swallow us in doom and gloom whilst feeding our insatiable desire for more empty substitutes for fulfilling our real needs.

Bereft of any substance, our desire for feeling and expressing our spiritual needs is denied, suppressed, sublimated and replaced by meaninglessness shoved down our throats. We have become a whole generation of force-fed zombies seeking the latest fashion, entertainment, game, or fast food. Craving something real, the media rams us with ever-more emptiness filled with advertising doublespeak. What we experience within is a deep state of ennui – our soul is starved of meaning. We suffer with escalating cravings, addictions, depression, desire, anxiety –all the while our spiritual hunger is fed on nothingness.

Our soul knows the truth.

Searching for lost time, we have little energy left for other endeavours like following our dreams. Energy-stealing devices corrupt our thinking. Addictions tinker with our sense of purpose and connection to our soul. Technology blinds, perverts, distorts us into a numb follower of the status quo, a follower of nothingness.

"Let me tell you why you're here. You're here because you know something. What you know you can't explain but you feel it. You've felt it your entire life, that there's something wrong with the world. You don't know what it is, but it's there, like a splinter in your mind, driving you mad."
—The Matrix (film by the Coen brothers)

Money and seeking all that it represents – a technology of greed so pervasive that it's become unimaginable to live without its compulsions – has taken over our lives. This power engulfs us with its relentless and insatiable hunger – such that its destructive force is unleashed on the world. The gluttony feeds on itself with such avarice that until there is nothing left to feed on, it will continue on – it has to. The system is built that way. It must grow and grow, feed on itself, pervert every natural system – until there are no more resources left to hunt down and rape...then only then will it be forced to morph into a new beast.

2013 nears an end and we still have the same corrupt politicians fighting for or clinging to power, yet little or nothing has changed for the better. What if we got rid of them, and started all over again? Since the system has proven not to work, and we claim we haven't got a better system (...'so what can we do?'), we are at its mercy. We are enslaved by it..

Why do we pretend that politicians are making a difference, can make a difference, or even care to? What if we judged them at face value.
Endlessly seeking more wealth, power and fame, our reality has turned into a world of insanity – ever-increasing debt, taxes (local, state, federal), mortgages, credit card debt, loans, a flood of bills, advertising, marketing and fashion promoting new trends every season to feed the whole system and create more demand for things we don't need.

“As families gather round the table to have supper, the phantom of the Superclass appears, selling impossible dreams: luxury, beauty, power. And the family falls apart. The father works overtime to be able to buy his son the latest trainers because if his son doesn't have a pair, he'll be ostracised at school. The wife weeps in silence because her friends have designer clothes and she has no money. Their adolescent children, instead of learning the real values of faith and hope, dream of only becoming singers and movie stars. Girls in provincial towns lose any real sense of themselves and start to think of going to the big city, prepared to do anything, absolutely anything, to get a particular piece of jewellery. A world that should be directed towards justice begins instead to focus on material things, which, in six months' time. Will be worthless and have to be replaced...”
—Paulo Coelho, The Winner Stands Alone

The planet is being destroyed whilst we feed the collapsing system. Pollution and diseases are increasing, species extinction, diseases we've never heard of appearing...increasing cancer, drug addictions, depression, anxiety, suicide. Crises, problems, shut-downs, increasing crime, the need for even-greater laws to “protect” us (i.e. limit our freedom), restrictions, insurance and taxes to protect us, yet all the while making the rich even richer, making the middle class poor or obsolete, and the poor even poorer.

The truth will set you free when you realise you're chasing a shadow, an illusion so great nobody would believe it to be real.?

Money is a SHADOW.

Who prints money? The Central Bank. It can print as much money as it wants.

What is the Central Bank? A privately-owned and controlled banking cartel.

Our money is created from nothing and backed by nothing. Except the credit of the Government – currently in debt to the same banking cartel who issues the money.

“A man in debt is so far a slave.”
—Ralph Waldo Emerson, Wealth (essay)

Across the world, people are required to pay back interest on loans from banks on money that the bank created out of nothing. When people deposit money in a bank, that bank can then create another 10 times that amount of money, and then loan it out at even more interest to other people. In the US Constitution, the Government could issue money both debt and interest free. There is not need for national debt, or federal income taxes (these taxes pay the interest on the national debt to the Federal Reserve Bank). The Federal Reserve Bank illegally “owns” the Government. If the debt was actually paid off, then the whole system would collapse on itself.

The system requires unlimited growth to function, yet we live in a planet with limited resources.

Technology - the thief of time.

If you look around, the only thing that has improved is technology – not quality of life, health, happiness, peace or anything else of importance – meaningless technology that brings things we don't need into our lives. We have such wonderful life-changing inventions as social media, endlessly new applications, games, game consuls, constantly improving speakers to drown out the din of traffic and construction. All these innovations are designed to break down right after the 2-year warranty is reached (planned obsolescence). What will it be next? All this chasing emptiness – 'non-reality' – chasing ever bigger voids – escapism – won't bring an iota of real happiness, meaning or substance to life.

The good that technology has brought us is in our ability to defeat non-existent or created enemies. Yet any actual war between true powers would destroy us all. It's improved our ability to talk to  former enemies on the opposite side of the planet – thereby rendering them human, and no longer our enemies. So then, why do we still have war?
"Just looks at us. Everything is backwards, everything is upside down. Doctors destroy health, lawyers destroy justice, psychiatrists destroy minds, scientists destroy truth, major media destroys information, religions destroy spirituality and governments destroy freedom." —Michael Ellner.

Governments still promote an obsession with growth at all costs – knowing full-well that resources are limited (finite). This religion of growth requires people to keep buying more and more things they don't need on an ever-increasing scale. Or it requires continually expanding demand from greater and bigger populations (exponential numbers of people created to be consumers)...we now number over 7 billion...in essence 7 billion consumers.

Development continues as we wipe out all that remains of Nature. Our religion is technology so who needs or cares about trees, multifold species of creatures, animals, and all of nature's bountiful gifts.

Or is there another alternative?

Who are we really?

How did we reach this point?

Money spinning around from Banks to Corporations, Media, Government and then recycling back to Banks again to create ever-more profit. Or, in one word – Greed.

What can we do about it – or is it too late?

It's never too late to change direction even if it means turning around and going back to the starting point or going in directly the opposite direction.

“You must go into the dark in order to bring forth your light.”
—Debbie Ford,  The Dark Side of the Light Chasers

Real existence has been hidden from the masses – now is the time of unfolding mass integration - to remember who we really are and to be liberated from our collective slumber. There's not just one reality – there's a spiritual reality more important than this physical one.

We are the ones with power, with control over our environment and what happens to us as a species. What we must learn is already within.

An unquestioned assumption is what causes suffering – that we are here without purpose. Our soul knows it has a purpose.

“I am the story of what you think you see.”
—Byron Katie,  All War Belongs on Paper

If you are asleep like most of you are – wake up! The truth isn't out there – it's within!

What is left is to know ourselves (remember who we are)...

Within each person is a light – just waiting to shine – to share its beauty with the world. Awareness of that light is like a laser-beam that creates satori – an awakening of kensho – seeing into one's true nature and the very nature of existence. The material world is illusory, everything that seems so solid is in fact empty space. Yet fragments of the world seek each other to come back to the magnificent wholeness of creation (God). The world is built on love (not money), and “money can't buy you love” (the Beatles).

“The purpose of life is to be restored back to Love, moment to moment.To fulfil this purpose, the individual
must acknowledge that he is 100 percent responsible for creating his life the way it is.”
—Dr. Ihaleakala Hew Len

Now is the time to awake, dreamers...

David is a Naturopath, Retreat Leader and Holistic Specialist who has worked with people all over the world offering unique, intuitive & transformational healing therapies and classes for restoring body, mind and spirit. His passion is creating customised retreats that reflect each individual's needs fusing the knowledge of a wide field of traditions to make wisdom accessible to everyone. Learn more at http://www.transformationalmedicine.net.