Do You Want an Atheist In-Law?

Many analysts have conveyed, from the results that Americans are not concerned with race, culture or politics. However, they are uneasy when it comes to issues surrounding religion. 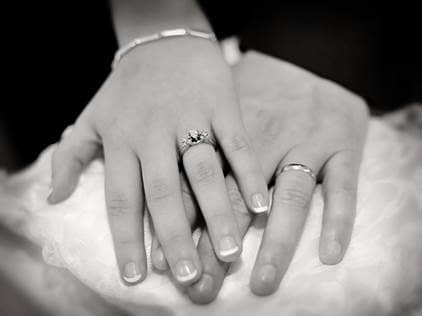 A new Pew Research survey was recently released and revealed Americans do not want a nonbeliever to marry into their family.

49 percent of Americans say they would be unhappy if a member of their immediate family picked an unbeliever for a spouse.

The statistics were further broken down to reflect:

· 73 percent of people who call themselves “consistently conservative.”

· 59 percent among Republicans or those who leaned to the GOP, 18 points higher than unhappy Democrat or Democrat/leaning adults.

Surprisingly, only nine percent overall said they would be upset if a relative married a “born again” Christian.

The survey also released statistics on marriages between Democrats and Republicans. Less than one in ten people would be upset if a family member married someone of another political party. The percentage was also low for marrying someone of another race or an immigrant born and raised in another country.

Many analysts have conveyed, from the results that Americans are not concerned with race, culture or politics. However, they are uneasy when it comes to issues surrounding religion.

“Clearly, an atheist is the least likely to be welcomed into a family,” said Jocelyn Kiley, senior researcher with the Pew Center for the People & the Press. Although 20 percent of Americans said they have no religious identity, “certainly religiosity matters in the United States.”

The questions, in the survey, were part of a all-inclusive look at split in U.S. society. The survey was conducted from January through March 2014 and consisted of 10,013 participants. Only about a third of the participants were asked the marriage questions. Therefore, the margin of error for that portion of the survey is plus or minus two percentage points.

This is the first time Pew asked these particular marriage questions.