Do Celebrities Have Leverage in Politics?

From rap mogul Jay-Z to Oprah, celebrities spoke out and placed their stamp of approval on the President Obama - and he won. 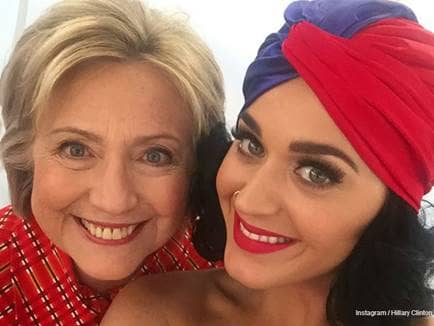 There is no doubt that society listens to celebrities and the industries that they support. From hair products to apparel, if a high profiled celebrity has stamped their approval, people are more inclined to purchase the endorsed items. There are several underlying questions that are associated with the campaign. Does this person really love the product or are they just smiling because of the paycheck they’re receiving? Would there be any interest in purchasing this product, if the celebrity name wasn’t associated with it? However when the anti is upped and materialistic items are not the only object of concern things can be perceived with a different lens which proposes the question, “If your favorite celebrity supported a politician, is that enough for you to endorse that individual as well?”

During Obama’s first presidential campaign, many notable celebrities backed the candidate. From rap mogul Jay-Z to Oprah, celebrities were speaking out and placing their stamp of approval on the president. And he won. Jay-Z even bragged about his endorsement in a song and spoke out about their friendship. But is it a legitimate assumption to believe that Jay-Z helped drive votes for the President of the United States?

David J. Jackson and Thomas I. A. Darrow belong to the Department of Political Science at Bowling Green State University in Ohio. Jackson and Darrow conducted a study that researched the contributing elements that contribute to an individual’s understanding of entertainment and politics. Their research confirmed that young people’s level of agreement with certain political statements is increased by the endorsement of politicians who had a celebrity following.

Debate.org is a popular website that serves as a community for others around the world to debate online and read the opinions of others. Many controversial debate topics are raised on this forum – one of them being, “Should celebrities use their status for political influence?” 83% voted yes while only 17% voted no. Voters believed that the celebrities should utilize their fame for the greater good of the world. Many voters voiced that famous people have the power to use their opinion to help others resonate with topics that they may not have otherwise had to address.

The question of star power and leverage has continued to be of great concern in light of the upcoming presidential elections in 2016. However, things have taken a bit of a spin with notable figures such as Donald Trump and Ben Carson leading polls as potential presidential candidates. Not only are celebrities endorsing their politic affiliates in addition they’re stepping as candidates themselves. The truth is in the numbers. While many may roll their eyes at the idea of Donald Trump as the new president, his lead in the Republican Party nomination is shocking. Which in turn proposes the question, “Are people more apt to vote for Trump because of his celebrity status and association?”

Then there are other household names like Hillary Clinton. Even though Hillary may not have a resume of TV shows or film appearances, she is still considered a widely known figure. Does Hillary’s well-known status influence voters? In addition, the presidential candidate shared photos of herself and pop-star Katy Perry. The photo of Hillary and Katy smiling was captioned with #ImWithHer. Before the state Democratic Party’s annual Jefferson-Jackson fundraising dinner, Perry wore Clinton’s campaign logo and a flowing American flag as a cape and performed in Hillary’s honor saying, “She’s my firework.” After the dinner, the Iowa poll by Bloomberg Politics and The Des Moines Register found Clinton with a slight lead in the state over Bernie Sanders.

While there is no definitive answer as to whether or not a celebrity endorsement is something every campaign needs, it can definitely be identified that a celeb presence within a campaign is not an appearance that goes unnoticed.