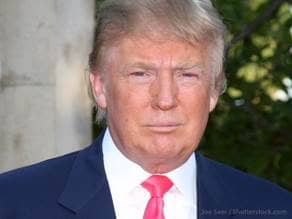 Dear GOP, Blocking business mogul Donald Trump or Texas Sen. Ted Cruz who both have a pathway to the party nomination at the Republican National Convention in Cleveland this summer will add further breaks in the already fractured party.

Whoever notches the 1,237 delegates, this candidate goes to the General Election in November. Stop telling the people you will go to a brokered convention in Cleveland if Trump or Cruz notch the delegates needed. Especially, if Trump gets the need numbers, these threats are boorish and childish. Representatives said they will block, or vote independent if he’s the one-maybe worse vote for Hillary Clinton.

Virginia Congressman Scott Rigell of Virginia’s 2nd Congressional District released a statement that Trump is a bully and unworthy of the nomination and there would be protest.

“My love for our country eclipses my loyalty to our party, and to live with a clear conscience I will not support a nominee so lacking in the judgment, temperament and character needed to be our nation’s commander-in-chief. Accordingly, if left with no alternative, I will not support Trump in the general election should he become our Republican nominee.”

The meteoric rise of GOP presidential candidate Donald Trump caught the attention of the world and the traditional conservative. What was once a joke during an office coffee break soon morphed into legitimacy, and people started seriously paying attention to the brash billionaire. His tough stance on illegal immigration, Iran, and dealing with China has the businessman-turned-reality television star challenge and defeated party favorites Jeb Bush and Marco Rubio. In the beginning for the season, a total of 17 candidates entered the race—the largest primary field in political history. No one suspected that Trump would be the last three after going head-to head with the establishment’s favorites.

After a sizable win in New Hampshire, Trump continued to tap into an unheard cry from voters. People expressed dejection and betrayal from the party and its country club elite. His campaign brought issues to the surface like increased border control, and failed Washington politics. The GOP failed to block Barrack Obama on the Iran deal, cut spending, and one-sided trade deals. Not to mention, people enjoyed hearing Trump going after the lobbyists with their political agendas, and noting he is self-funding.

It is the big man verse the working man--a subject that also hit a nerve. Overall the voters are done tangoing with both the Republicans and Democrats, as the dance is unremarkable.

Pew Research found in 2015 that support for Republicans dropped significantly.

"The Republican Party’s image has grown more negative over the first half of this year. Currently, 32 percent have a favorable impression of the Republican Party, while 60 percent have an unfavorable view. Favorable views of the GOP have fallen nine percentage points since January. The Democratic Party continues to have mixed ratings (48 percent favorable, 47 percent unfavorable).

On the Dem side, we witnessed the rise of Bernie Sanders going after Hillary Clinton. Cruz is not the typical establishment guy and he is on Trump’s heels for the nomination. There is an interesting, but disturbing component--Ohio Gov. John Kasich. He’s won his own state, the only one, and is a tool to stop Trump or Cruz. “I'm going to be the Republican nominee after we win Ohio,” who also said the win could cause a contested convention.”

No matter what your feelings are regarding Trump, or Cruz, they are a mouthpiece for the frustrations of the American public. People are sick of de facto politics in America, and if the GOP wants to survive it needs to heed the process and the voice of the people.

Dear GOP: Stop Moaning and Let the People be Heard

Blocking business mogul Donald Trump or Texas Sen. Ted Cruz who both have a pathway to the party nomination at the Republican National Convention in Cleveland this summer will add further breaks in the already fractured party.

Beliefnet
more from beliefnet and our partners
News
Beliefnet Editor