China’s one-child policy was instituted in the 1970s to restrict the population, but with the aging population and a reduction in workforce since 2011, the central government will allow couples to have two children. 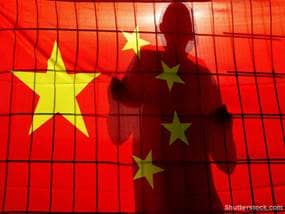 China’s one-child policy was instituted in the 1970s to restrict the population, but with the aging population and a reduction in workforce since 2011, the central government will allow couples to have two children.

The National Health and Family Planning Commission released a statement that to optimize the population structure and increase labor supply for a successful economy that the “universal two-child policy will help to optimize the population structure, increase labor supply and mitigate the pressure of an aging population. It will facilitate sustainable and healthy economic development so as to achieve the goal of a comprehensive well-off society.” Couples over the decades were penalized for having more than one child. The penalties are fines, and imprisonment.

Many babies are abandoned, especially girls, since having a boy is a priority so they can help the family earn money. Women also have sex-selective abortions and sterilizations to prevent having more children. Roughly 13 million babies are aborted every year in China, but no one knows how many are girls as many cases are not reported.

An estimated 400 million births were prevented by reducing the number of children. President of the Population Research Institute told Christian Newswire the decision by Beijing was not due to a compassionate heart, or a belief in individual freedoms.

“Beijing now realizes that it must stop restricting childbirth and start encouraging it as soon as possible. Yet it can't simply abandon the policy altogether and admit it made a mistake. That would call the regime's legitimacy into question,” Steven Mosher said.

China Daily reported that in 2014 there was an estimated 916 million people of the ages of 16-59 in the country--about 66 percent of the population. The government has not issued a start date to the policy.