Child Poverty Rates Higher Than During the Recession

Statistics note that twenty-two percent of American children were living in poverty in 2013 yet in 2008 reports state there were only 18 percent. 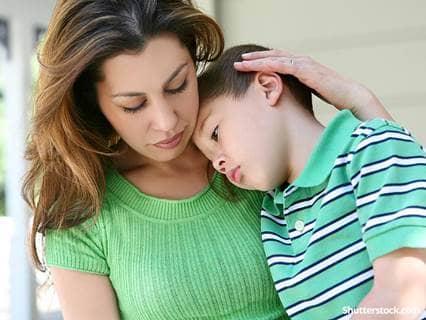 Recent reports, made by the Annie E. Casey Foundation, have found that more U.S. Children are living in poverty than before the recession. Statistics note that twenty-two percent of American children were living in poverty in 2013 yet in 2008 reports state there were only 18 percent. The report revealed poverty rates had nearly doubled amongst African-Americans and American Indians.

Many elements have contributed to the higher rates. The study revealed that increasing poverty rates correlated with more children being raised in single-parent homes in 2013 opposed to later years and fewer children lived with parents with secure employment.

Laura Speer, the associate director for policy reform and advocacy at the Casey Foundation stated, “The fact that it’s happening is disturbing on lots of levels. Those kids often don’t have the access to the things they need to thrive.” Because families were experiencing issues with employment and that directly effects the funding of the household, more children were being raised in poor communities. The report says one in seven children live in those areas marked as poor and less safe areas. These findings will also correlate with a rise in troublesome issues that arise with the behavior and education of children. The findings equate to one in four children, a total of 18.7 million kids, living in low-income households in 2013.

Many things could help alleviate the problem and could help strengthen the workforce – tax credits, food stamps, and job training could be the needed links in the poverty equation. While individually these elements may appear minimal, if used collectively significant changes could improve. Unfortunately, many of these policies are state dictated. For example, in Minnesota, MinnesotaCare which was established before the Affordable Care Act provides publicly subsidized health care to low-income individuals in the state. In addition, the state has plans set up to increase economic security for families, addressing issues with minimum wage, possible tax credits for low-income families and the implementation of childcare assistance programs for those in need.

Deirdre Bloome, an assistant professor of sociology and faculty associate at the Population Studies Center at the University of Michigan commented on the study by pointing out that, “Where you grew up is similar to where you end up when you’re an adult. That helps perpetuate racial segregation.”

Geographically the study maps out which areas around the United States are suffering the most. The study ranked individual residing in the south and southwest at the bottom. It is reported that one in three children from Mississippi live in poverty. Twelve percent of teens from Mississippi and Louisiana were neither in school nor working. And fifteen percent of Nevada children didn’t have health insurance in comparison to the nation’s best of two percent in Massachusetts.

On the other hand, the Midwest ranked at the top of the list and revealed more patterns indicating a great deal of support for children and their overall education. The world must strive to prioritize child poverty as a top priority. The children are the world’s future and an impoverished upbringing could cause a further downfall within the economy.