Can We Trust Journalism Today?

In a fast-paced society, we want news now, and integrity takes a back seat. 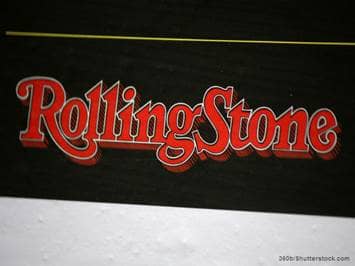 Rolling Stone retracted a November 2014 article on the alleged gang rape at University of Virginia. “A Rape on Campus,” reported a gang rape happened to a woman named “Jackie” at a frat house party by seven men in September 2012, but upon further investigation the claims were unsubstantiated, the Columbia Graduate School of Journalism School found.

Rolling Stone asked Columbia University to conduct an independent investigation where they produced a report citing “journalistic failure,” according to published reports.

Rolling Stone writer Sabrina Rubin Erdely was introduced to “Jackie” by a rape survivor and UVA staff member working on sexual assault issues, the magazine wrote. The woman told Erdely she worked with a girl who was allegedly gang raped on campus.

“One girl I worked with closely alleged she was gang-raped in the fall, before rush, and the men who perpetrated it were young guys who were not yet members of the fraternity, and she remembers one of them saying to another: ‘C’mon man, don't you want to be a brother?’”

The story also said “Jackie” was lured into the incident by a lifeguard, but would not mention his name, even after the story was published. The lifeguard was never verified, or known to exist, RS wrote--and decided to run the story considering the graphic accounts explained by the alleged victim. The magazine explained that “Jackie” was interviewed by the fact-checker, and the editors ran the story without other sources. The allegations sparked protests in front of the Phi Kappa Psi fraternity house over the news. Police opened an investigation, but found no evidence to support allegations.

UVA is considering a lawsuit.

“I allowed my concern for Jackie’s well-being, my fear of re-traumatizing her, and my confidence in her credibility to take the place of more questioning and more facts. These are mistakes I will not make again,” wrote Erdely.

Reporters make mistakes, I get that. Deadlines, pressures, competitions and our egos get in the way of sticking to why we became journalists, but to what extent? Misleading the public or not verifying sources out of laziness, or overly trusting a source is not only treacherous for ethical reasons, but damages lives.

I don’t believe Erdley was lying. She and the Rolling Stone should have never run the piece without investigating the fraternity closer, police records, and finding witnesses. The cardinal principle of journalism is not lying in your story, but…

Over the several years there have been reporters coming out, or busted for misrepresenting themselves. A lot of journalists embellish to make a story sound more impressive then it is for ratings or traffic. Look at NBC Nightly News anchor Brian Williams, who stated he was shot down by enemy fire in Iraq more than once and was kept alive by “an armor mechanized platoon from the U.S. Army 3rd Infantry.” It never happened according to his pilots as they do not recall the helicopter coming under fire.

New York Times reporter Jayson Blair fabricated places and plagiarized his national stories at the New York Times. He resigned from the NYT in 2002 after he was caught.

In 1980 Janet Cooke wrote an article for The Washington Post on an eight-year-old heroin addict and won a Pulitzer Prize in Feature Writing. When the public demanded to know where the boy was, Cooke cited she was protecting her sources. He was never found. Cooke admitted she made up the story to appease her editors. In a fast-paced society, we want news now, and integrity takes a back seat.

Reporters are vulnerable to advertisers, publishers, and the public to make a story more worthwhile, and increase visibility. Without doing the ground work necessary and rising above this pressure, and the reluctance to act accordingly, we fail the public, and ultimately ourselves.