Boston Marathon Bombing Trial: Tsarnaev Should Not Be Sentenced To Death 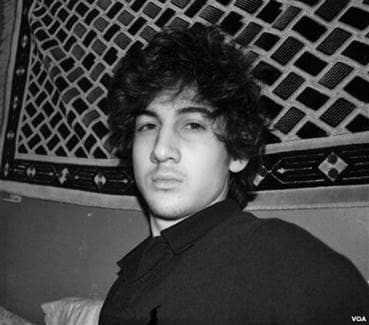 The trial of Boston Marathon bombing suspect Dzhokhar Tsarnaev is set to enter jury deliberations this week. I’m going to go out on a limb and say that the jury is going to convict Tsarnaev. This should come as no surprise to anyone. He is clearly guilty. Even his defense attorneys know that. Their main job is to persuade the jury to spare his life.

Thus, it is my sincere hope and prayer that he be not put to death. This is not out of any sort of sympathy for the savage. He deserves to be put to death for the terrible pain and suffering he and his brother caused on that terrible April day two years ago. Yet, that is exactly what Tsarnaev wants: he wants to die as a “martyr.” He said so himself:

As [Tsarnaev] hid, he used a pencil to scrawl what prosecutors called a “manifesto,” in which he said he was jealous of his brother for dying as a martyr and reaching paradise. He also lashed out at the United States for policies he said killed Muslims, writing, “I can’t stand to see such evil go unpunished. We Muslims are one body, you hurt one you hurt us all.”

First of all, he does not speak for me or the billions of other Muslims around the world. We reject his act of savagery in the name of our faith. He is a low-life criminal, thinking that he was doing “God’s will” by killing innocent men, women, and children. In fact, he acted against God’s will. He is no “martyr.” He is a murderer.

And as such, he should rot in jail for the rest of his life. He should be locked up and never released. He should never know freedom again. This is the best punishment you could give him. Executing him would be easy, and it may give him some amount of joy, in a sick sort of way. Yet, even that small amount of joy should be denied him. He should sit in a jail cell, humiliated, until God’s takes his life at some point in the future. And it will not be long before no one will care about Dzokhar Tsarnaev.

And I suspect he will have no good answer.

It is natural to want to see this savage killed for what he did. Yet, that is what Tsarnaev wants. Thus, we should do the exact opposite: let this “holy warrior” live out the rest of his days in a jail cell. It is a fitting recompense for all the suffering he caused.