Americans Say They Would Not Help Jews during the Holocaust

A recent poll found that one-third of Americans would not intervene on the behalf of Jews during World War II. 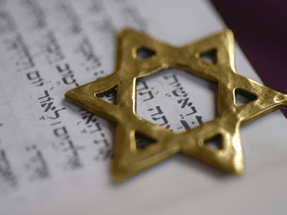 A recent poll found that one-third of Americans would not intervene on the behalf of Jews during World War II. The study was done to help promote the digital release of “Return to the Hiding Place.”

The film is based on Corrie ten Boom and a group of people rescuing Dutch Jews from the Gestapo by sheltering them during the Holocaust. She was captured for her heroics during World War II, and sent to a women’s prison camp waiting execution.

A clerical error freed her a week before all women her age were expected to be killed. After being freed, she opened a rehabilitation center to help other survivors of the Holocaust, and started a world-wide ministry. Director Peter Spencer got the idea to ask Americans if they would risk their lives to hide Jews, like Corrie ten Boom did after one of the film’s actors John Rhys-Davies posed the question during an appearance, The Hollywood Reporter shared.

The Barna Research Firm conducted the poll that asked the tough question to 1,000 Americans: ‘Think back to World War II when Jews in Europe were forced into concentration camps and many were killed by the Nazis. If you were living in this time period, would you have risked the possible imprisonment and death of yourself and your family to hide Jews?’

Thirty-one percent said they would not, and 69 percent said they would risk their lives to hide Jews. The poll also found that people in the South were more apt to risk their lives than those living in the Northeast. Homosexuals were polled to save people during the Holocaust over heterosexuals, the study found. Males were more likely to step in compared to women. There was 95 percent confidence level with a plus-three percent sample error.

The media outlet interviewed Spencer about tackling such questions. “Our film raises uncomfortable questions such as, ‘If you are not saving your brothers now when you are not under threat, would you save them when your life was in danger?’”

It is believed that 800 Jews were rescued by Corrie ten Boom, and her family.