Just three countries in the world don’t offer paid time off, and the United States is unfortunately one of them. 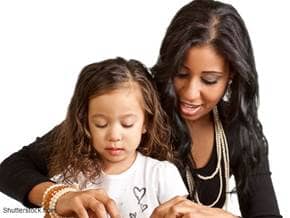 Just three countries in the world don’t offer paid time off, and the United States is unfortunately one of them. The two other countries that rank with America is Papua New Guinea and Oman, a on the Arabian Peninsula in the Middle East. The Congo guarantees 14 weeks, Think Progress (2014) . The United Kingdom leads the world in paid leave with 46 weeks.

The National Partnership for Women and Families shared only 13 percent of workers the states have paid leave through their company. As estimated 40 percent have access to short-term disability provided through their company. Women can take advantage of The Family and Medical Leave Act of 1993 that allows unpaid leave up to 12 weeks for giving birth and recovery.

In 1987 a law was passed so mothers can return to their same position at the same rate of pay. Many rather go back to work so they can make an income, the Census Bureau reports. Mothers faced with quitting because they can’t afford child care and siphon their savings Pacific Standard  writes.

“Employment patterns between 2006 and 2008, nearly half of women with less than a high school education quit their jobs upon the birth of their first child-- for women with a bachelor's degree or higher, that figure is under 13 percent. Less educated women were also four times more likely—10.9 percent compared to 2.7—to be let go by their employers when they had a baby.”

More companies like Facebook, eBay, Netflix , Virgin, and Hilton made news in 2015 for expanding their paid leave. For the bigger companies, this is plausible but smaller companies that just can’t afford it.

He runs a small company  and everyone chips in to help an employee this can be offering bonus vacation, offering to baby sit for new parents. Myers says you can’t compete with the bigger companies and blogs on Forbes.

“Even the smallest company can create an environment where their employees feel that they are trusted, respected, and admired. Once that foundation is in place, you can scale your benefits as your company grows.”  Many companies do what they can afford, however, he explains. Nothing frustrates me more than leaders who blame their decision to neglect their team on a lack of funds or authority. At the end of the day, money and authority have little to do with how you support your employees. It comes down to having a genuine interest in their lives and wellbeing."

Political scientist Seymour Martin Lipset explained why America is so far behind in this area. He said it was sympathy in an interview with NPR in 2015. Americans’ identify with the social class they want to be and what they really are, he offers. “Americans tend to have a bit more sympathy for business — after all, when we all own our own shops someday, we won't want our hands tied by any more regulations than absolutely necessary.”