1 in 14 Children Have a Parent Behind Bars

The statistics are based on the data collected from the 2011-12 National Survey of Children’s Health which conducted the survey via phone and was sponsored by the U.S. Department of Health and Human Services. 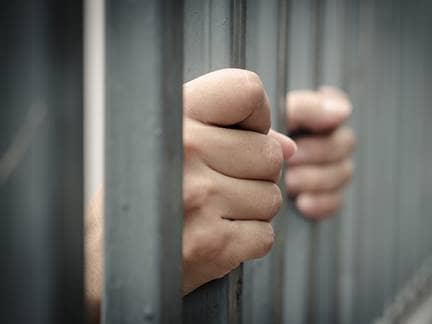 Child Trends, a research organization, recently reported that 5 million U.S. children have had at least one parent imprisoned - the numbers breakdown to one in every 14 children. The statistics are based on the data collected from the 2011-12 National Survey of Children’s Health which conducted the survey via phone and was sponsored by the U.S. Department of Health and Human Services.

According to experts, children who’ve had parents imprisoned suffer from a mix of shame, stigma and trauma. These children often face an increased risk of problems with behavior, academics, self-esteem and substance abuse. Most studies indicate a pattern of criminality being passed from one generation to another.

Child Trends believe that more can be done by communities and the government system to support these children. It’s recommended that communication lines between the parent and child stay open while the parent is incarcerated, prison visits be adjusted to reduce the stress on both the inmate and child, and implementing education within the school system on how to help the children that are affected. If teachers and other people who have direct contact with children possessed the knowledge and tools to assist children experiencing this situation then there would be much less of a barrier.

In a statement Child Trends researcher David Murphy commented on the study results stating, “Progress has been slow. This is a vulnerable group of kids that is often hidden from public view. We need to pay more attention.”

Some states are taking action. The state of Washington and parts of Michigan has developed child-friendly visitation zones that promote a positive visitation between parents and their kids. The state of Oklahoma current has one of the nation’s highest incarceration rates – on any day 26,000 Oklahoma children have a parent behind bars. New Hope Oklahoma is an organization that relies entirely on private donations and has continued to grow over the past two decades. The program implements a union amongst the children that encourages them to share their experiences and emotions. There are so many children in need of these services that there is a long waiting list. The program teaches children how to identify with their feelings and emotions – the ultimate goal is to help them feel comfortable with their parent’s imprisonment situation and not allow the ordeal to affect their ability to function as healthy human beings. Other organizations across the U.S. are following suit and making efforts to aid the problem.

According to federal statistics, about 42 percent of incarcerated parents with children under 18-years-old receive visits from their children. The reasoning stems from the long distances where inmates are imprisoned and the fear that prison imposes on young children.