"If you hold anything against anyone, forgive them, so that your Father in heaven may forgive you your sins.” Mark 11:25

By now, many people know that the actress Lori Loughlin and her fashion designer husband Mossimo Giannulli have been charged with conspiracy to commit mail and wire fraud, as well as with money laundering conspiracy, because they allegedly paid $500,000 to ensure their daughters’ acceptance into the University of Southern California as crew recruits. Although Loughlin is one of 51 people facing charges in what has been dubbed the Varsity Blues case, she has become one of the most prominent faces of the college admissions scandal. She has also, inadvertently, been a catalyst for controversy. At its core, the central issue of the public debate seems to be whether or not the broadcasting industry and its viewers should forgive Loughlin for her involvement in the scandal and what Loughlin’s punishment should be if she’s found guilty.

Regarding the latter, public figures seem to be as divided as the public. In a September 2019 interview with Fox News, civil rights attorney and activist Robert Patillo compared the Varsity Blues trials with the recent cases of Tanya McDowell, a low-income woman who was sentenced to five years in prison (which she’s serving concurrently along with a conviction for selling narcotics to undercover police officers) for sending her 6-year-old son to a school in a better district and Crystal Mason, a woman who voted without realizing that she was ineligible to do so and received the same sentence. Referring to Lori Loughlin, Felicity Huffman and others involved in the college admissions scandal, he said, “We have to stop giving these criminals so much cover, stop letting them cry in front of the court in order to get sympathy, and treat them as the criminal masterminds who did exactly what they did and need to serve the time which is allotted for that crime.”

During the same month, the famous singer John Legend took to Twitter to express his outrage concerning sentencing in the cases of McDowell and Mason. Although he agreed with Patillo that the women’s sentences were unfair, he offered a different perspective on the college admissions scandal. “I get why everyone gets mad when rich person X gets a short sentence and poor ;person of color Y gets a long one,” he tweeted. “The answer isn’t for X to get more; it’s for both of them to get less (or even none!!!). We should level down, not up.”

But regardless of the outcome of Loughlin’s trial, there’s still the debate about whether or not Hollywood and the viewing public should forgive Loughlin. For Christians, the answer isn’t as complicated as the Varsity Blues trials. Here are six reasons for Christians to forgive Lori Loughlin.

1. We all make mistakes.

In John 8, we can find a perfect example of one of the reasons that it’s good to forgive others. The Bible passage recounts a time when scribes and Pharisees brought a woman before Jesus. They told Him that she was caught in the act of adultery and under the Law according to Moses, they were commanded “to stone such women.” In an attempt to trick Jesus, they asked Him what should be done.

The passage states “He straightened up, and said to them, ‘He who is without sin among you, let him be the first to throw a stone at her.’ Again He stooped down and wrote on the ground. When they heard it, they began to go out one by one, beginning with the older ones, and He was left alone, and the woman, where she was, in the center of the court. Straightening up, Jesus said to her, “Woman, where are they? Did no one condemn you?” She said, ‘No one, Lord.’ And Jesus said, “I do not condemn you, either. Go. From now on sin no more.”

Saint Faustina, who is known as the Apostle of Divine Mercy, received visions of Jesus speaking to her. The devout nun then recorded them in her now famous diary. Because of one of these visions, she wrote “For there are three ways of performing an act of mercy: the merciful word, by forgiving and by comforting; secondly, if you can offer no word, then pray – that too is mercy; and thirdly, deeds of mercy. And when the Last Day comes, we shall be judged from this, and on this basis we shall receive the eternal verdict."

There are times in our lives when it is very difficult for us to forgive people. It may be when people betray us or hurt us deeply, or it may be when people hurt or betray our loved ones. Because being able to forgive is so vital to our faith, it’s a skill we need to learn. And forgiving people who haven’t directly hurt us or our loved ones and people who haven’t intentionally hurt others is a good way to hone that skill.

3. We’re all more than our mistakes.

When a celebrity is accused of wrongdoing, word of those accusations quickly spread throughout the world. But when a celebrity does something kind, we don’t always hear about it. Years before the college admissions scandal, Loughlin used her celebrity status to raise awareness of important issues such as animal cruelty and homelessness and the lack of life-saving clean water in impoverished countries.

A March 2016 “Parade” interview with Loughlin showcased a campaign she was involved with to raise money to help fund clean water projects in Ethiopia. Loughlin explained how shocked she was to learn that 663 million people (at that time) lacked access to clean water. “That number just knocked me for a loop, and the fact that this burden is really falling on the shoulders of women and young girls who are walking hours a day to find water and bring it back to their families in Jerry cans. When these Jerry cans are filled, they weigh 40 pounds,” Loughlin said. “The women and girls carry the cans on their heads and on their back. The girls are unable to go to school because they’re spending the entire day collecting water, and the women are unable to hold jobs. So as a working mother with two teenage daughters, this really hit home for me. Water is something I take for granted.”

4. Her work is inspiring.

The work that we do matters. And although not all work is in line with the will of God, there’s secular work that can be sanctified to glorify God. Saint John Paul II once said, “By their competence in secular fields and by their personal activity, elevated from within by the grace of Christ, let them work vigorously so that by human labor, technical skills and civil culture, created goods may be perfected according to the design of the Creator and the light of His Word.”

Television and online shows and films can have an impact on our lives. They can significantly motivate us to move our lives in negative or positive directions. Throughout her adult years, the bulk of Loughlin’s work has done the latter. In her most recent work, which includes “Fuller House,” “When Calls the Heart” and the “Garage Sale Mystery” series of TV movies, she portrays women who are kind, brave, faithful, strong, resourceful and intelligent. Instead of choosing to make a living by using the gifts God gave her to play parts that demean, objectify or degrade women, she chose roles and projects that inspire people.

5. She has the support of some prominent Christians.

In a 2019 “Today” show appearance, Candace Cameron Bure, one of the most prominent Christian celebrities in Hollywood, was asked about her “Fuller House” co-star, Loughlin. “You never want to talk about someone that’s such a dear, close friend,” Cameron Bure responded. “But I think I’ve already said that we are family, and we stand by each other and pray for each other, and we’ll always be there for each other.”

It’s easier to judge people as being unforgiveable if we don’t know them. We might only view them as people being accused of whatever they have been accused of doing. But when another celebrity with a reputation for being honest and trustworthy exposes herself to public backlash to stand by someone who’s been the subject of public outrage, it can help us to see that person as a human being who has strengths, weaknesses and regrets like we all do.

6. Jesus asks us to forgive each other.

Forgiving people for something they did doesn’t mean that we are condoning their actions. It doesn’t mean that we believe that their actions were justified or that we believe that they are more entitled to forgiveness than others. And it’s not always easy. But as Christians, we’re called to love each other, forgive each other and to remember that Jesus, Our Lord and Savior suffered and died on the Cross so that we could have the ultimate forgiveness.

Christine Galeone is a freelance writer who writes regularly for Beliefnet, The Catholic Free Press, Community Advocate and the Telegram & Gazette. She also writes screenplays. 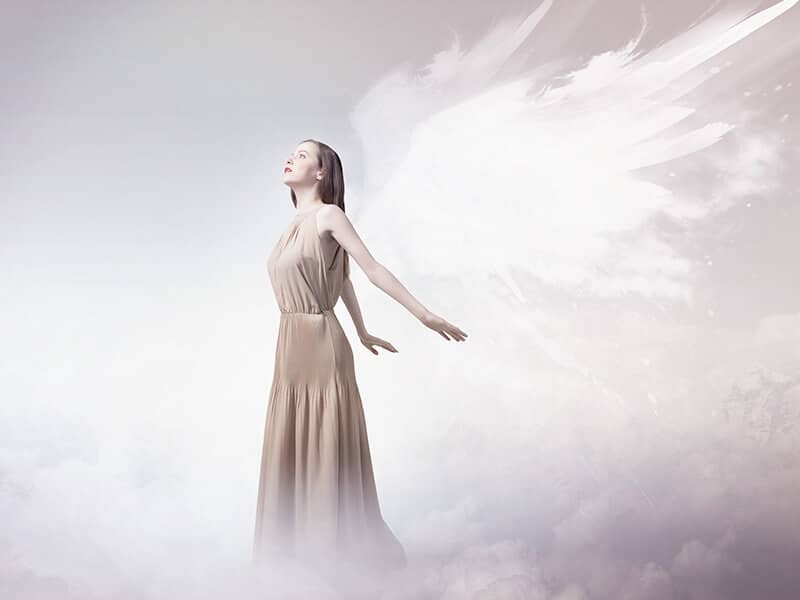 more from beliefnet and our partners
Get the Best of Beliefnet Newsletter!
Sign up for Beliefnet's Partner Mail newsletter.
From time to time you will also receive Special Offers from our partners
Christina Galeone